Bill Durgin was born 1970 in Vermont, and currently lives and works in Brooklyn. He began his photography career as an intern at the International Center of Photography in 1986. He went on to receive his BFA from Tufts University and The School of the Museum of Fine Arts. He moved to San Francisco in 1996 and attended CCAC where he received his MFA in 2000. Durgin’s work has appeared in galleries throughout the country and Europe including Guest Projects in London, Klompching Gallery in Brooklyn, and the Museum of Fine Arts in Boston. He has also exhibited at Dose Projects in Brooklyn, Michele Mosko Fine Art in Denver, Merge Gallery in New York, Judy Goldman Fine Arts in Boston, SF Camerawork, jennjoygallery in San Francisco, and Ego Gallery in Barcelona. His work has been published in Acne Paper, Wallpaper, Surface, Paper, The New York Times, and Art News, among others. Today we share his series, Studio Fantasy.

Derived from popular conceits, Studio Fantasy is a satirical and sincere approach to creating work in the studio. Grip equipment, edges of the set, and color balance tools become subject matter while models pose behind pixilated prints of themselves, calling attention to and abstracting their nudity. The mosaic pixilation references a self-censoring technique often used on social media to display images that contain nudity or to hide identity. Photographing in the studio is an often banal and arduous process, Studio Fantasy is a fetishization of studio equipment and presents studio craft as fantasy.

Cristi with Mosaic and Color Checker, 2015

Frances with Mosaic and White Set, 2015

Lo-Arna with Mosaic and Color Checker, 2015 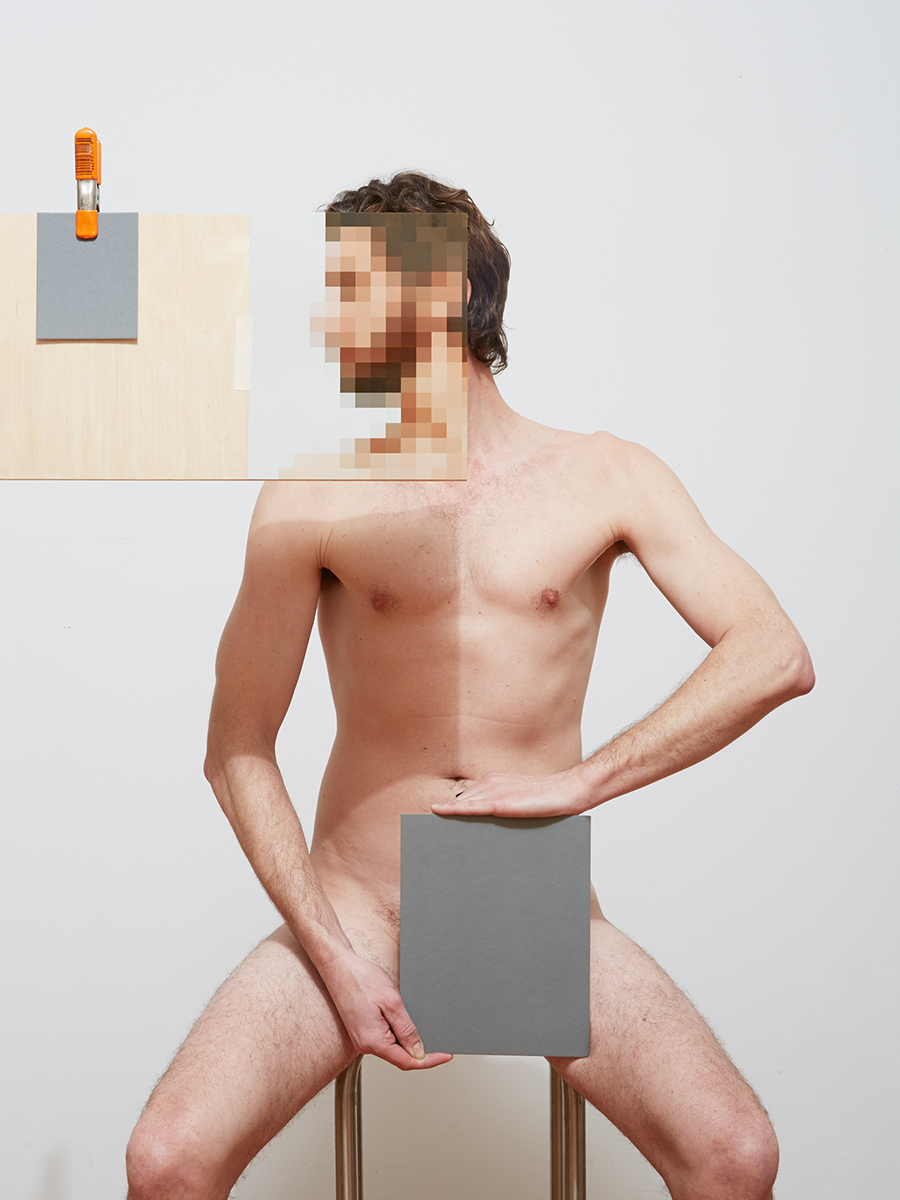 Self Portrait with Mosaic and Gray Card, 2015 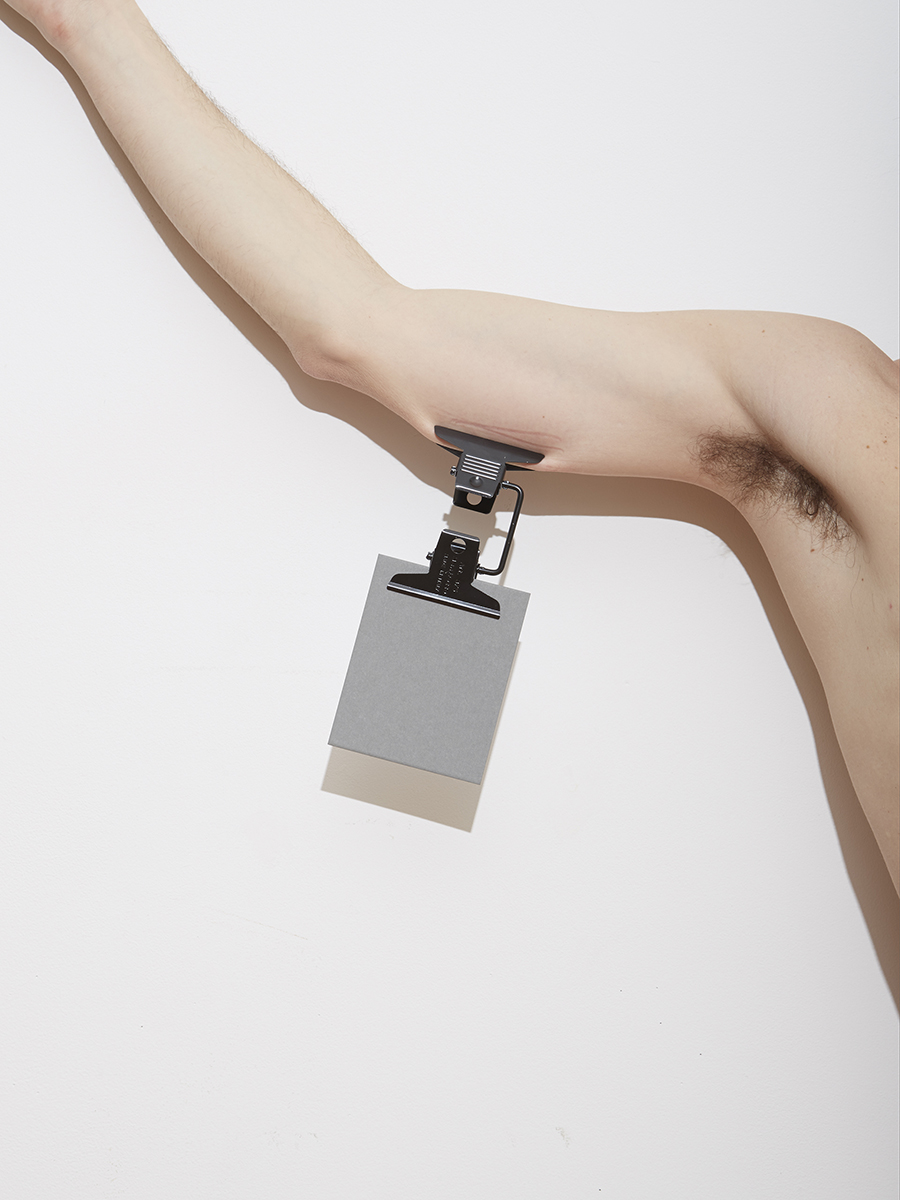 Self Portrait with Multi Clip and Gray Card, 2015

To view more of Bill’s work, please visit his website.