Jacek Fota is a freelance photographer based in Warsaw, Poland. He graduated with a Masters degree at the University of Utah, U.S.A.. After graduation in 2009, Jacek returned to Poland and got involved with photography. His interests lie in documentary photography and he usually works on long-term projects that require time and dedication to the subject matter in order to portray it accurately. Jacek works with the Anzenberger Agency. Today we share his series, PKin.

Plant and coat hanger during relocation from the 17th floor offices

The Palace of Culture and Science in Warsaw – less and less a symbol of Stalinist domination, more and more an icon of the city. It evokes strong emotions all the while remaining largely unexplored, and as such a tad alien. At the time of planning, in 1952, the monumental structure was intended to transform the scale of Warsaw cityscape. The skyscrapers that now cluster to the west of the Palace compete with the building. Nonetheless, due to vast and empty parade grounds surrounding it, the Palace towers over Warsaw thus far unthreatened. After 1989 its demolition was repeatedly debated, albeit never seriously considered. In 2007 the building was finally listed.

Alexandr and Eugene, vocalists from the Aleksandrov Choir during cigarette break in the inner courtyard

Celina Górecka, guardian of the cats residing at the Palace basement.

The Palace was erected in the years 1952-55 by 3,500 Soviet builders on the bombed 19th century quarters in the city centre. The bulk of construction costs was covered by the Soviet government. Lev Rudnev, the Palace’s chief designer, modeled the project on the Stalinist “Seven Sisters” skyscrapers in Moscow, themselves inspired by American architecture.

The Palace’s function seemed to be of secondary importance at the time of planning. It was decided that rather than providing desperately needed housing, the building would serve a solely cultural purpose. The form was paramount. According to the then obligatory Stalinist doctrine of socialist realism, the building had to be “socialist in content, national in form”. In order to support the vague notion of the “national”, details were borrowed from historical monuments in various Polish towns. Controversial enough in the impoverished, war-weary country, the Palace interiors were fitted with elaborate glass and ceramic lamps, wood paneling and custom designed furniture by top Polish craftsmen. 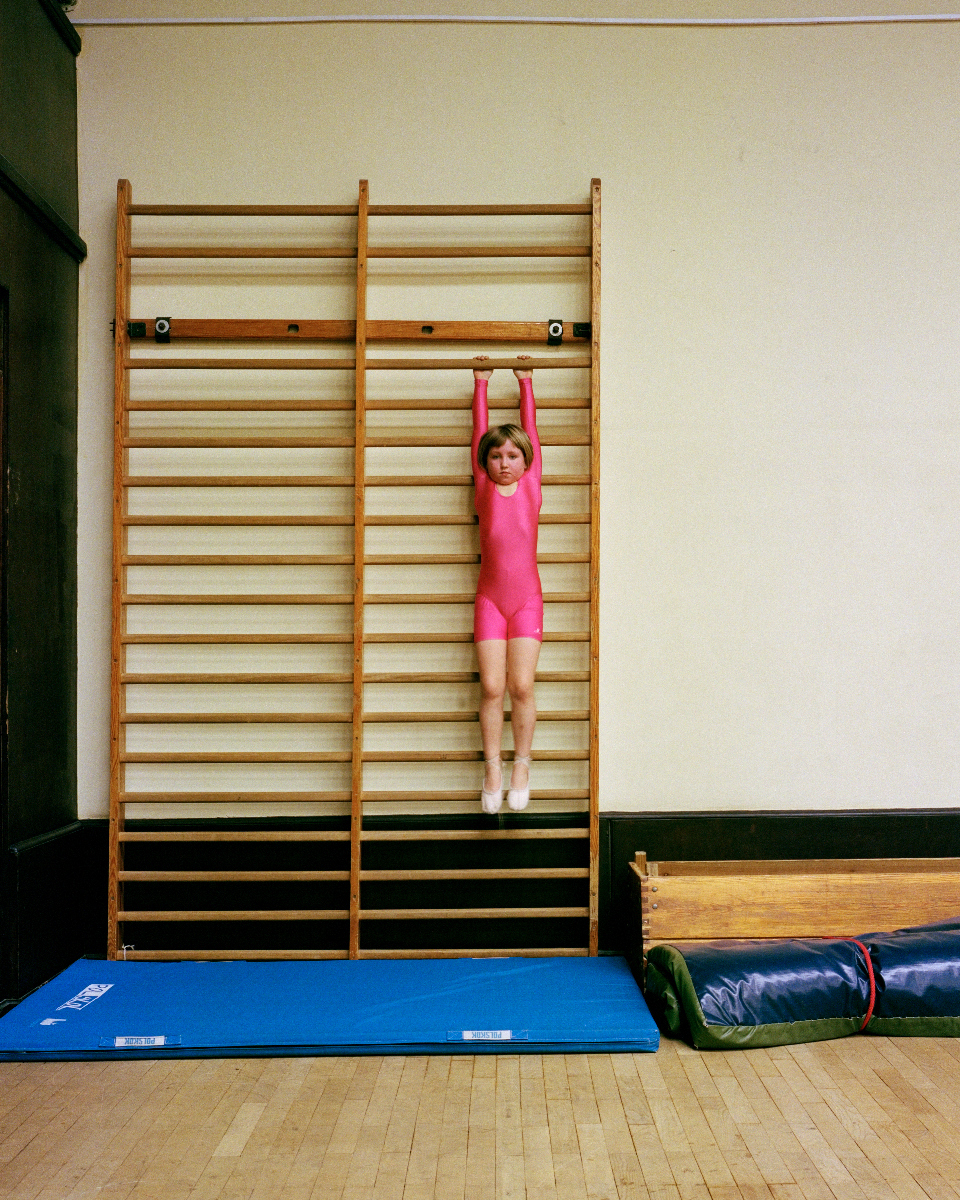 Marianna Sokołowska-Ciczewska, participant at the artistic gymnastics class at the Palace of Youth

Halina Wojakowska, Archive Department of the Capital City of Warsaw

Eagle on the hydraulic workroom’s wall

Sawdust traction at the Joinery

The Palace, undergoing slow but consistent refurbishment inside and awaiting façade cleaning houses three public theaters, the Technology Museum, the Evolution Museum and a cinema to name but the most important venues. The Palace of Youth, which shares the northwestern wing with a swimming pool complete with a diving platform, offers a variety of highly popular and accessible extracurricular music classes, model making workshops, language courses, as well as sports and hobby clubs. Each year it boasts several thousand members aged between 6 and 19.

Parts of the building accessible to the general public often remain in stark contrast with the “backstage”. It is precisely this obscure side of the Palace that fascinated Jacek Fota, author of the book, and drove him to pursue the project for the past several years. People who have been working here for years and who have become the photographer’s friends along the way, share with us fascinating stories about their Palace. They complement the photo tour of the building we are about to truly discover for the very first time.

Kettle at the main control room

Recently, Centrum Architektury Foundation published his new book PKiN (2015). The project presents photographs from the Palace of Culture and Science in Warsaw, Poland. The publication was co-financed by the Capital City of Warsaw. Jacek is the first person ever, to get access and to photograph the whole building, top to bottom.

Large sport hall at the Palace of Youth

Palms at the Studio Theatre smoking room, left behind after performance

To view more of Jacek’s work, please visit his website.