Paul D’Amato (b. 1956) was born in Boston where he attended Boston Latin School at the height of racial unrest, civil rights, and bussing. He moved to Oregon to attend Reed College and claims to have learned as much from traveling cross-country four times a year -often by hitch-hiking and hopping freight trains – as he did in class. After receiving an MFA from Yale he moved to Chicago where he discovered the communities of Pilsen and Little Village. The pictures and writing D’Amato produced there over the next fourteen years were made into the book, “Barrio”. Paul teaches at Columbia College and is currently photographing in the African-American community on the west side for a project called “HereStillNow” which was made into a book the fall of 2013. He has been awarded numerous grants and fellowships including a Guggenheim Fellowship, a Pollock-Krasner Grant, and a Rockefeller Foundation Grant to Bellagio, Italy and his work is in the collections of the Museum of Modern Art, The Metropolitan Museum of Art, and The Art Institute of Chicago. Today we share Paul’s series titled HereStillNow.

There is nothing particularly unique, emblematic or historic about the west side of Chicago. The significance of this work has little to do with the fact Dr. King, for a short time, used to reside here, or that it nearly burnt to the ground after he was assassinated, or that it was once home to the most infamous housing project in the United States. It’s not the poorest, the oldest, the largest, or the most African-American of African-American communities in the U.S. In so many ways, the west side is typical. We know because sociologists tell us so. They have rates and percentages for measuring places like the west side: percentages of families living below the poverty line; rate of unemployment; rate of violent crime; percentage of teenage pregnancy etc. And, according to these metrics, the west side is just like every other swath of poverty in and around every single city in the U.S. We are all well aware of these neighborhoods because every day we routinely drive around them. Whether it’s Lower 9th Ward, Roxbury, Watts, Ferguson, East St Louis and Englewood, we are lulled in into ignoring their existence, as the people who live there become they and them, instead of he and she. We are led to also believe that the only time these communities are in crisis is when something occurs that lands on a front page. The real crisis, however, is on-going and it’s one of acceptance – acceptance of the conditions, day in day out, all year long, that lead to something that journalists only occasionally pay attention to.

Yet, when I’m there, when I’m visiting someone I know, or simply stopping someone I’ve never met, something besides a concern for poverty takes shape. This is what I photograph. It varies from picture to picture. It can be about a kind of grace or beauty; or perhaps it can be just about the opportunity to do something out of the ordinary—to pose for a picture, and help make something that otherwise wouldn’t have existed. When these subjects agree to be photographed, they stand for the best and only example of who they are. At that moment, they are the center of the universe, right here, holding still, right now. What follows – these photographs – won’t change these neighborhoods but each of these interactions and the pictures that are a consequence, can do something that statistics and sensational news stories can’t. They remind us that we are all connected, that the individuals in the images aren’t they or them, they are he and she and are as important as any one who has appeared in art. 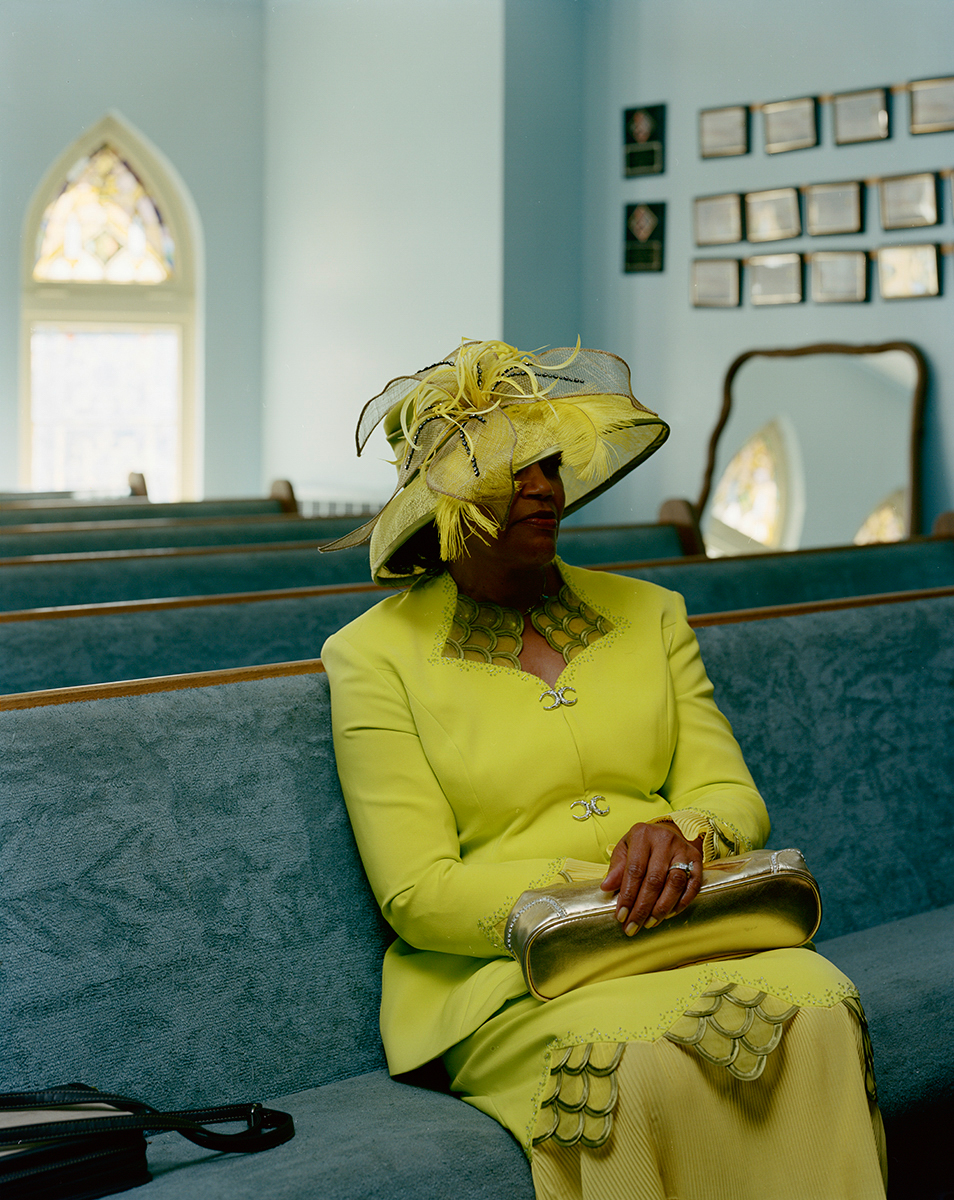 To view more of Paul’s work please visit his website.