Alice Zoo is a self-taught photographer working with analogue processes. She graduated from the University of Oxford with a degree in Modern Languages in 2014 and has since been dedicating herself to photography, exploring the tragicomic in celebrations and rituals. In 2015 she was selected as one of the winners of Fotofilmic’15; exhibited in London, New York, and Vancouver; and was published in SUITCASE Magazine, DRECK Magazine and Incandescent Zine, amongst others. She is a member of Lemon People Collective and a lover of medium format. She is based in London, but is currently working on new projects in Buenos Aires, Argentina.

I made this project at Appleby Horse Fair in Cumbria, UK, in June 2015. It documents Europe’s largest gathering of gypsies and travelers, who meet annually to buy and sell horses – as well as for a weekend of revelry – in a district called Eden, near the Lake District.

The project explores the juxtapositions of the occasion and the way they cohere to form the delicate balance of this fair in Eden: the bright colors of its visitors pulsing across the rolling beauty of the landscape, and the glossy coats of the horses.

My work is about the doomed nature of celebration: ritualised attempts at happiness (birthdays, fun-fairs, holidays) that often fail to keep the world and its sadnesses at bay. But I’m also interested in the way that despite this, we continue to show up, making the right faces, trying to enjoy ourselves. I want to make a document of human dynamism and resilience. 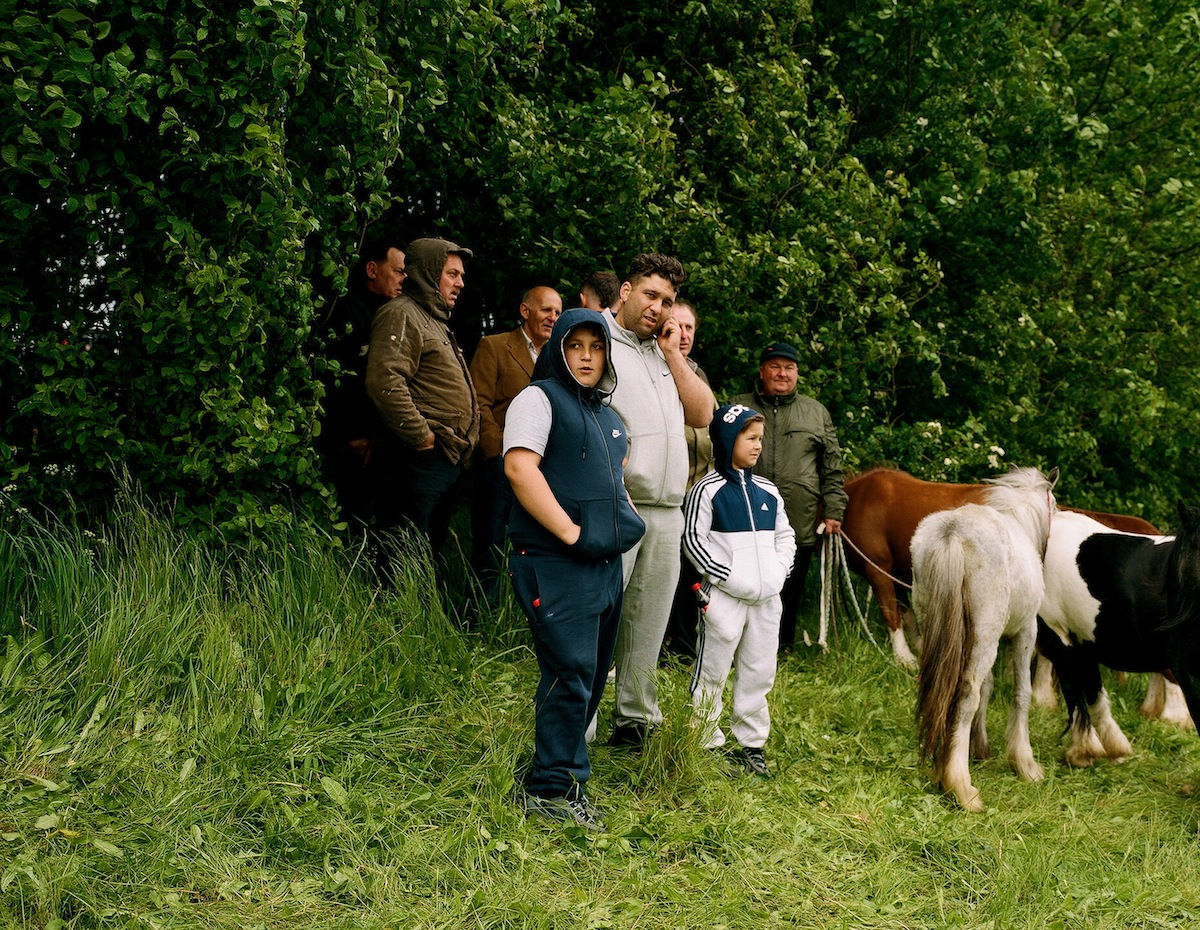 To see more of Alice’s photographs, please view her website.