Bobby Abrahamson is a documentary photographer, filmmaker and educator with over twenty-seven years professional experience teaching and producing documentary art. He has published seven books of his work, has been featured in fourteen solo shows, and numerous group exhibits in the US and Europe. His work is included in many permanent collections including the Portland Art Museum, the Museum of Fine Arts Houston, the Museum of Contemporary Art Belgrade, the Harry Ransom Center, the RACC Portable Works and Visual Chronicle Collections of the city of Portland and the Museum of Contemporary Art of Georgia. In 2005 he worked as an assistant to acclaimed American photographer Robert Frank. Abrahamson’s professional clients have included TIME, Fortune, US News & World Report, VICE, The New York Times and the advertising firm Wieden & Kennedy. He has a Master of Arts degree in Media Studies from the New School for Social Research. He teaches photography and media literacy extensively in the Portland metro area to both adults and children, at institutions including Pacific Northwest College of Art, Oregon College of Art and Craft, the University of Portland, Clark College, Mount Hood Community College, the Portland Art Museum, Newspace Center for Photography, The Right Brain Initiative, Saturday Academy and Open Meadow Middle School. Today we share his series North Portland Polaroids. 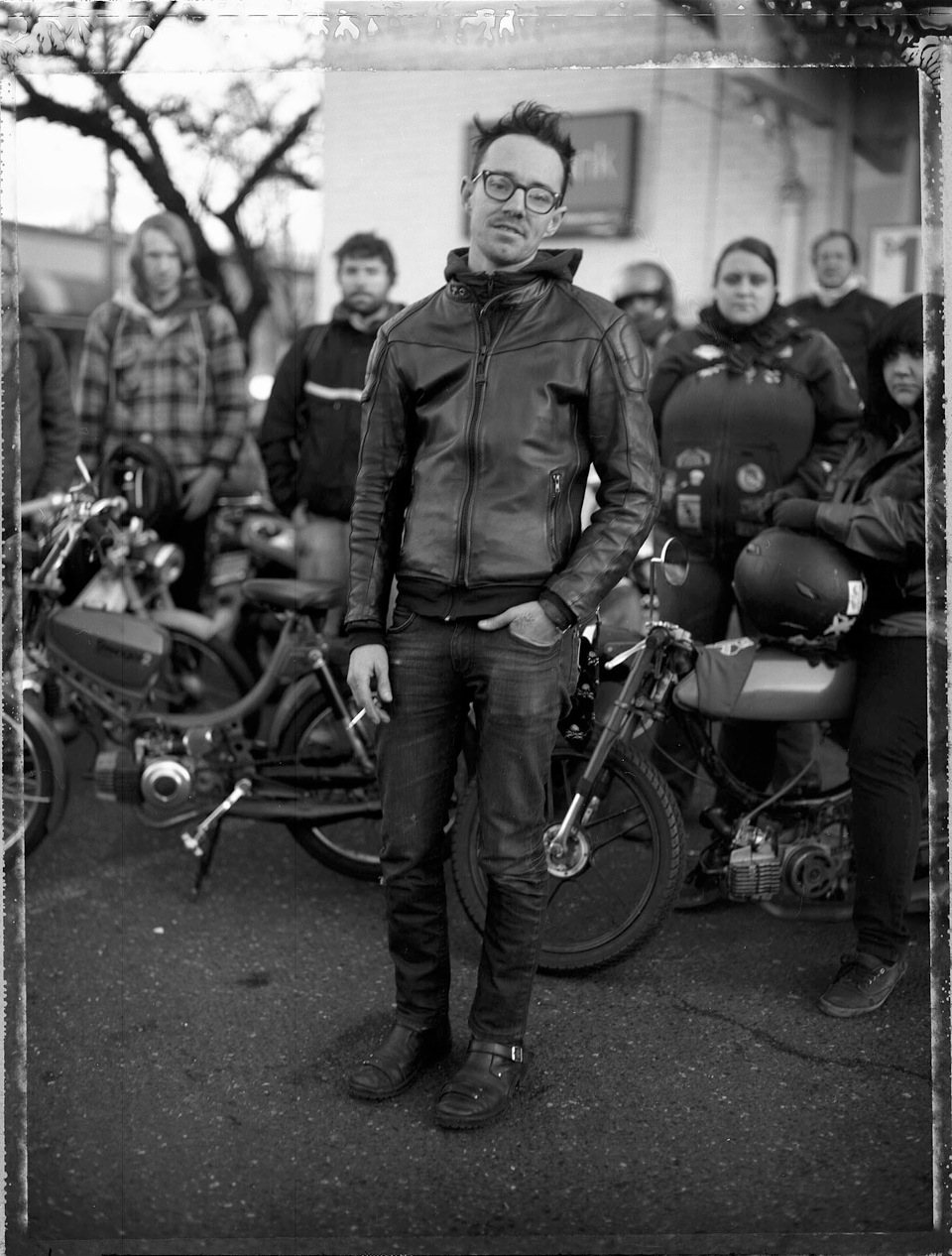 One of the primary functions of photography since its inception is to bear witness: to record and preserve the visual phenomena of our daily existence. With this in mind, my goals as a documentary photographer are to provide my community with a mirror for self-examination and self-discovery, and to produce a visual catalogue of the present for future generations to know what their past looked like.

For the last 4½ years, in an ongoing project, I have photographed more than 300 of my neighbors in the Portland Oregon neighborhood of St. Johns, a historically working-class community experiencing rapid gentrification. Working with an old-fashioned 4×5 view camera and positive/negative Polaroid Type 55 film, I invite strangers I meet on the street to pose for a portrait. In exchange I give them an instant print. I keep the negative. Using this old technology, a single photo often takes 20 minutes or more to shoot. The process is participatory and performative. The portrait we each keep is an artifact of our shared experience. Afterwards we are no longer strangers. I see many of these people again on the street who stop and talk about what is happening in their lives. They tell me how valuable the photo is to them. Some have framed and hung it prominently in their home. Others sent it to a distant family member, estranged parent or child, or long lost lover.

This past August I exhibited the entire series of 300+ portraits in a vacant building on the main street of St. Johns that is slated for demolition and redevelopment. I converted the space into a month-long ‘pop-up’ portrait photo studio and exhibition. I hung all the prints on strings from the rafters so that people who entered the building experienced physically walking through a room full of their neighbors. Using an antique 8×10 studio camera, I shot more than 50 new portraits of St. Johns residents, providing sitters a print of themselves for free. Since that exhibit ended I have gone back out on the streets of the neighborhood with my 4×5 camera, continuing to shoot more North Portland Polaroid portraits.

I have self-published book of this work North Portland Polaroids, 2015; 80 pages, 6″x8½”which includes reproductions of 70 of these portraits, along with an essay by Portland Art Museum curator of photography Julia Dolan.

To view more of Bobby’s work please visit his website.