David Shannon-Lier is a photographer from Massachusetts who has exhibited and been published nationally and internationally, which include The Museum of Fine Arts Boston, the Addison Gallery of American Art, the Phoenix Art Museum, The Griffin Museum of Photography. Additionally, he has shown in galleries across the U.S. and the world, which include Seoul, Vancouver, New York and London. He earned his BFA from The School of The Museum of Fine Arts, in Boston and his MFA from Arizona State University. He is currently traveling the United States with his wife, Alison, their son, Emmett, and Dog, Olive.

These photographs come from Of Heaven and Earth, a series of long exposure photographs of altered landscapes. Altered elements in the landscape interact with movements of heavenly bodies in the pictures.

The work stems from gap between the knowledge of the vastness of time and space and the unshakable notion that the tiny acts we engage in each day matter. It comes from our notions of belonging to the land and the land belonging to us, from the allure of the single point perspective photography gives us. It is about the importance of a few hours in a very specific place, alongside the importance of the eternal and unending scale of time and space itself. It’s about mortality. 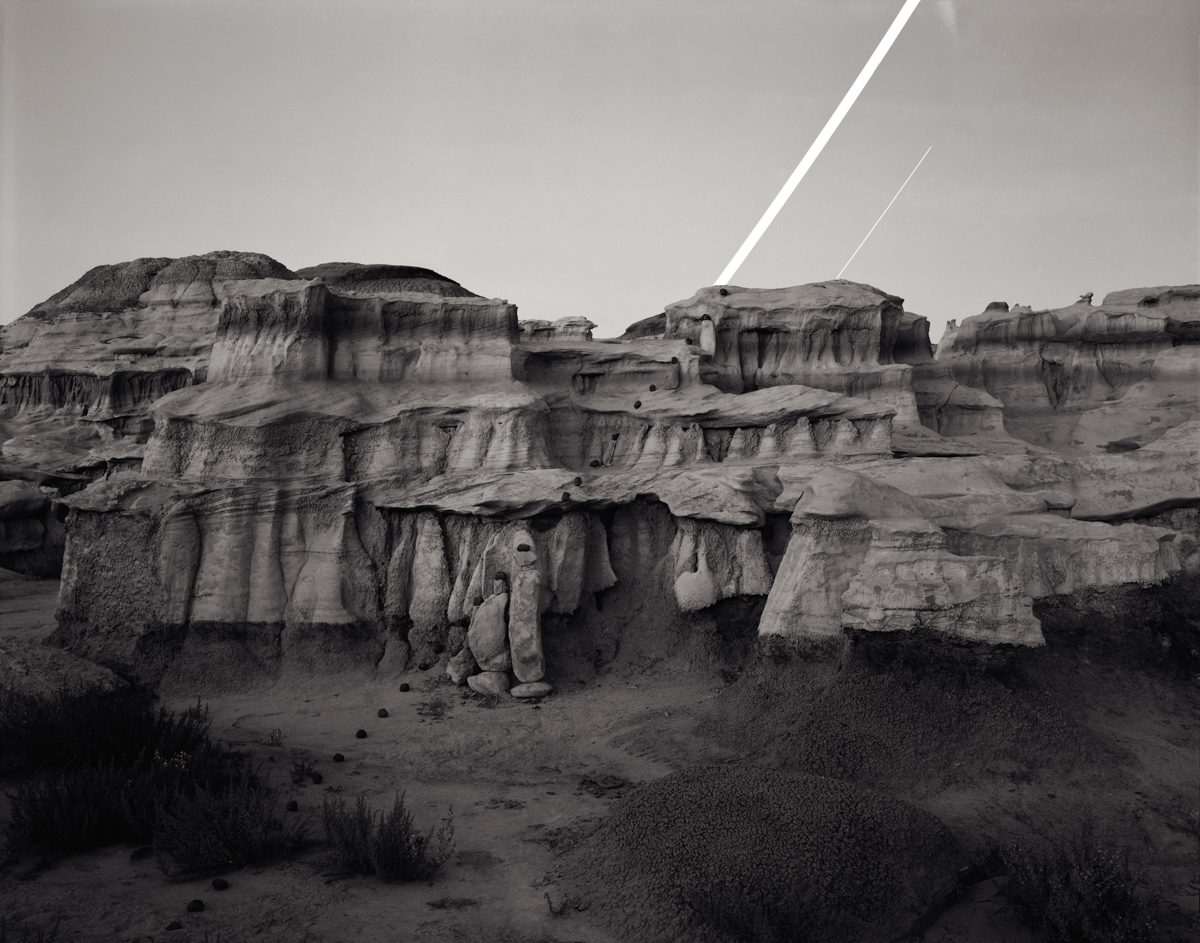 Transit of The Sun, Canyonlands, Utah

Reflection of the Rising Moon Over Our Home, Mesa, Arizona

To see more of David’s work, please view his website.