Mat Hay (b. 1979, UK) is a Scottish photographer working in documentary, portraiture, and staged tableau photography. Originally from a creative background in music, Hay began studying photography during his mid-twenties, later achieving a 1st in Photography and Film from Edinburgh Napier University. In 2013 he relocated to London to develop his practice while working as assistant to a number of highly acclaimed photographers. Since then his photography has continued to gain recognition, winning national and international awards, featuring in several online and print publications, while being shown in exhibitions across the UK, USA, Canada, and Korea.

The Long Glen is an exploration of Scotland’s Central Highlands. It seeks to address the disparity between the experience of life here and the prevailing image of rural Scotland, which is dominated by historical context and nostalgia. Shot over the past 18 months these photographs examine the close relationships maintained between the people, their animals, and this secluded and challenging environment. The project has, in part, drawn its inspiration from the depiction of rural communities and landscapes across North America; a region similar in many ways to Scotland in a physical and social sense, but significantly different in the way it has been represented through photography, more concerned with the present than the past.

In making this project I have undertaken a series of road trips, sleeping in my car, or in spare rooms generously offered in exchange for chores or photographs. I have spent days alone hiking, and days with friends, family, or strangers, shadowing them as they go about their lives. 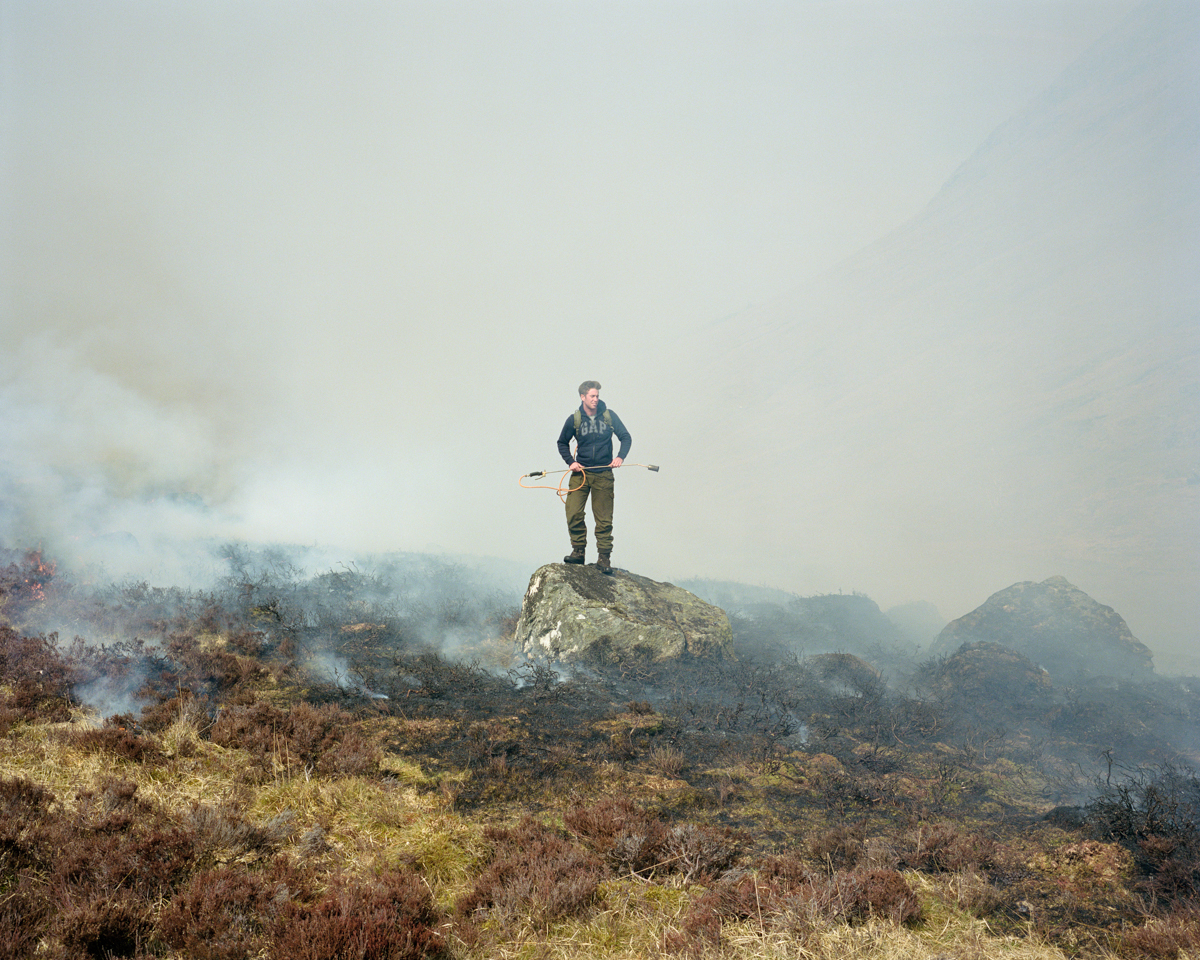 To see more of Mat’s photographs, you may visit his website.