Since 2008 she has worked in New York, Moscow, Buenos Aires, London and Barcelona as a photographer, events producer and curator. Her credits include generating and curating exhibitions and events in London, New York, Barcelona and Colombia for Goldsmiths, University of London, the Urban Photographers Association and Urban Photo Fest. 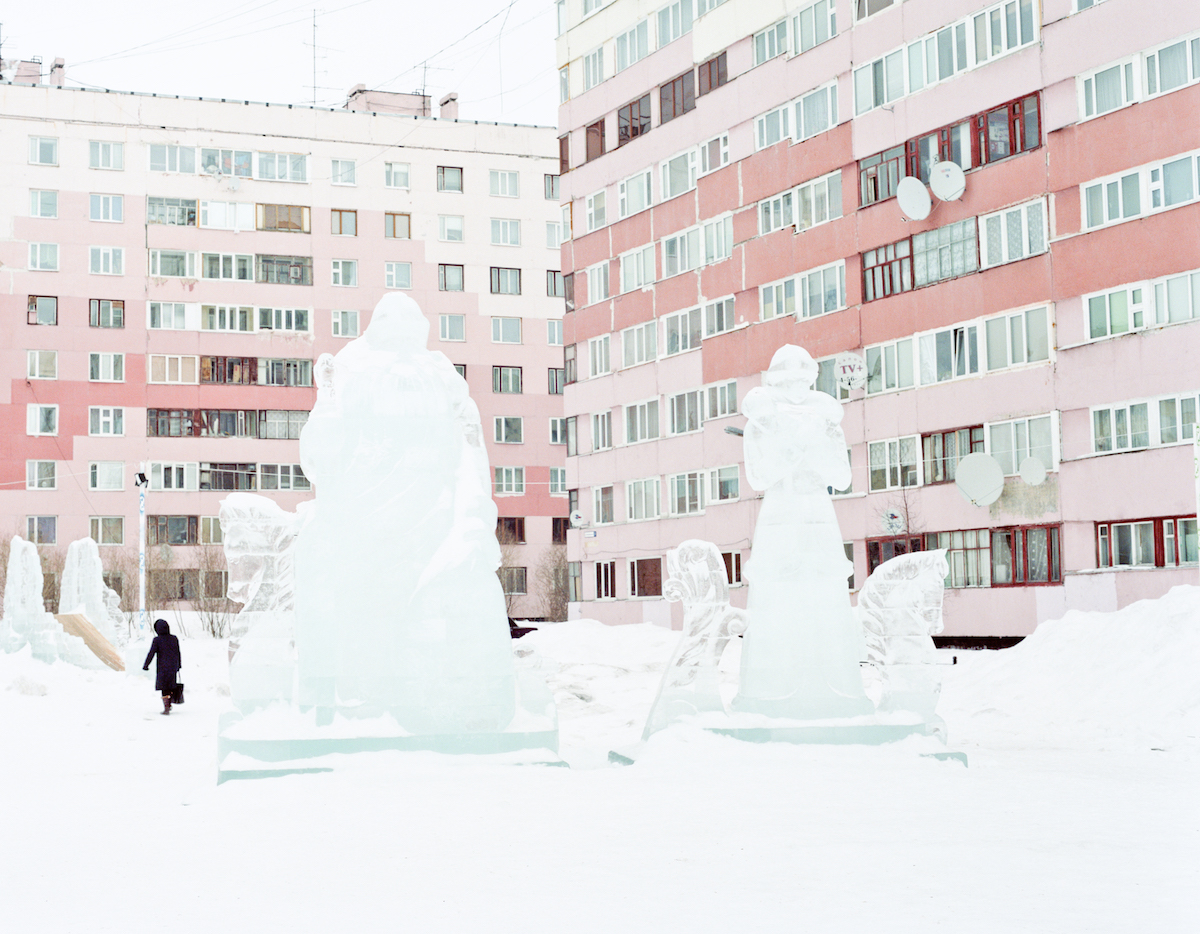 Welcome to gas capital of Russia

The city of Novy Urengoy is situated in Western Siberia, 2 350 kilometers north-east of Moscow and 60 kilometers south of the Arctic Circle.This region characterized by an acutely continental climate with harsh winters lasting up to nine months, with temperatures reaching as low as -50 C. Most of the plain lies in the permafrost zone. In the summer time, which usually lasts for 35 days, it thaws to a depth of one to two meters. Novy Urengoy is often called the capital of Russian gas production.

The city was founded in 1975, when the drilling of the first well was completed. Commercial exploitation of the Urengoy field began in April, 1978. By May 30, 1978, one billion cubic meters of gas had been recovered. In 2013, total gas production had reached 6.5 trillion cubic meters of gas- this is the world record for the production of gas from one field. Novy Urengoy currently yields 74% of Russia’s total natural gas production.

Today, around 115,000 people are living in Novy Urengoy, and most of them are young. There are over 2,000 organizations and businesses. The relatively high salaries of the gas workers and the tax revenues ensure prosperity. Profits from the gas industry allow the city council to make large investments in education, culture and sport.

“Welcome to gas capital of Russia” observes small, commonplace everyday pleasures of the city. In spite of extremely harsh weather conditions, Novy Urengoy is a lively, dynamic and joyful place. In this economically harsh time for Russia, this is a city where people can still feel safe and secure and be confident about what the future will bring.

To view more of Yanina’s work, please visit her website.