Dani Gherca is a visual artist, who lives and works in Bucharest, Romania. He has a MA (2015) and BA (2013) degree in photography at National University of Arts, Bucharest. Trough photography he is trying to clarify to himself why some contingencies that he lives cause him negative emotions and how this reactions are triggered. He is using photography as an interment to understand if the anxiety emotions are triggered by actual events or by the cultural interpretation that he has on those facts. 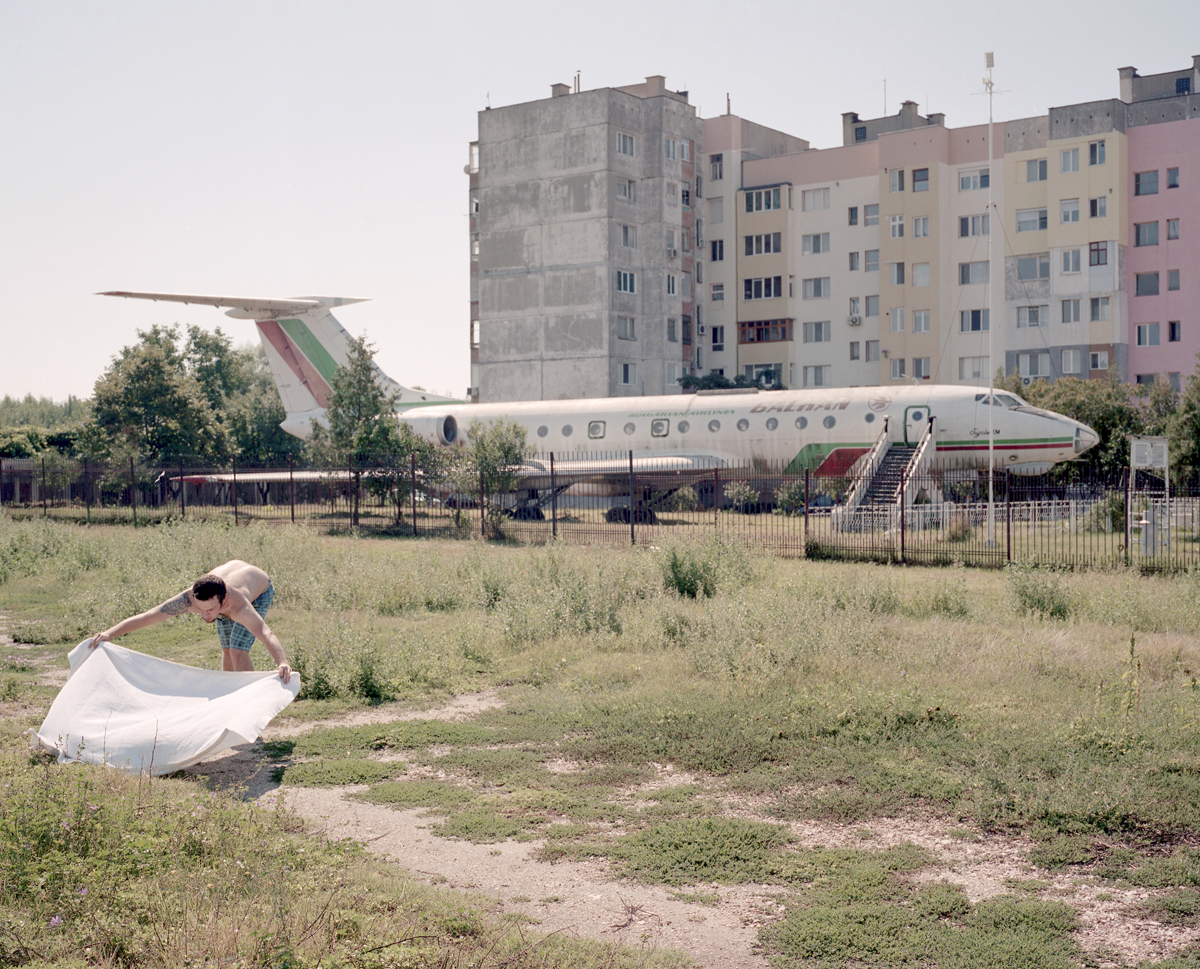 The places and the people that I’ve photographed in this project access a part of my childhood’s memory. A Diagram of Utopia is a subjective radiogram of three working-class neighborhoods of Bucharest. Through this intercession I try to clarify myself the place that I have in an urban space in which I don’t find myself anymore.

Around 2011 I started questioning myself about the urban area in which I live for 27 years. What this space representing for me, with his landscapes and his habits? What are the details that are familiar to me but strange in the same time?

These neighborhoods were built between ’70s and ’80s, in order to accommodate the people that left the villages and came towards the new industrial centers, because these kind of urbanization offers a better life perspective for them and for their families. My parents moved in Bucharest in the ’70s, attracted by the better life conditions offered by this big city. In 1983 they moved in this apartment house from Dristor neighborhood, where I live until now.

I grew up surrounded by apartment buildings. The apartment building represents a common space that enforces the creation of a community. The walls that separates the apartments are very thin, debasing the idea of intimacy. I developed across the years the necessity to speak quietly, so that the neighbors couldn’t hear me. This habit instinctively created in my behavior a necessity to isolate myself. The second goal that I want to achieve through A Diagram of Utopia is to discover the role that this type of urbanization had in the construction of my behavior. Photography helps me to eye from outside a space that, apparently, I know altogether. Looking at a sequence of reality that I’ve photographed, I notice that seeing her through an image, she acquires a new significance. By means of photography I establish a more objective relation between the perception that I have about the space reality and the space himself.

The photos are taken in Dristor, Pantelimon and Titan neighborhoods, but you will find also isolated images taken in places where I used to go with my parents when I was a child.

To view more of Dani’s work, please visit his website.