Kai M. Caemmerer (b.1988) lives and works in Chicago, IL. His current work explores aspects of urban space and its perpetual development. He received his BA in photography from Western Washington University and will complete his MFA in photography from Columbia College Chicago in Spring of 2016. He has received recognition and support from the Stuart R. Abelson Foundation, the People’s Government of Shangrao City, and the Dave Bown Projects grant. Today we take a look at his series titled, Unborn Cities. 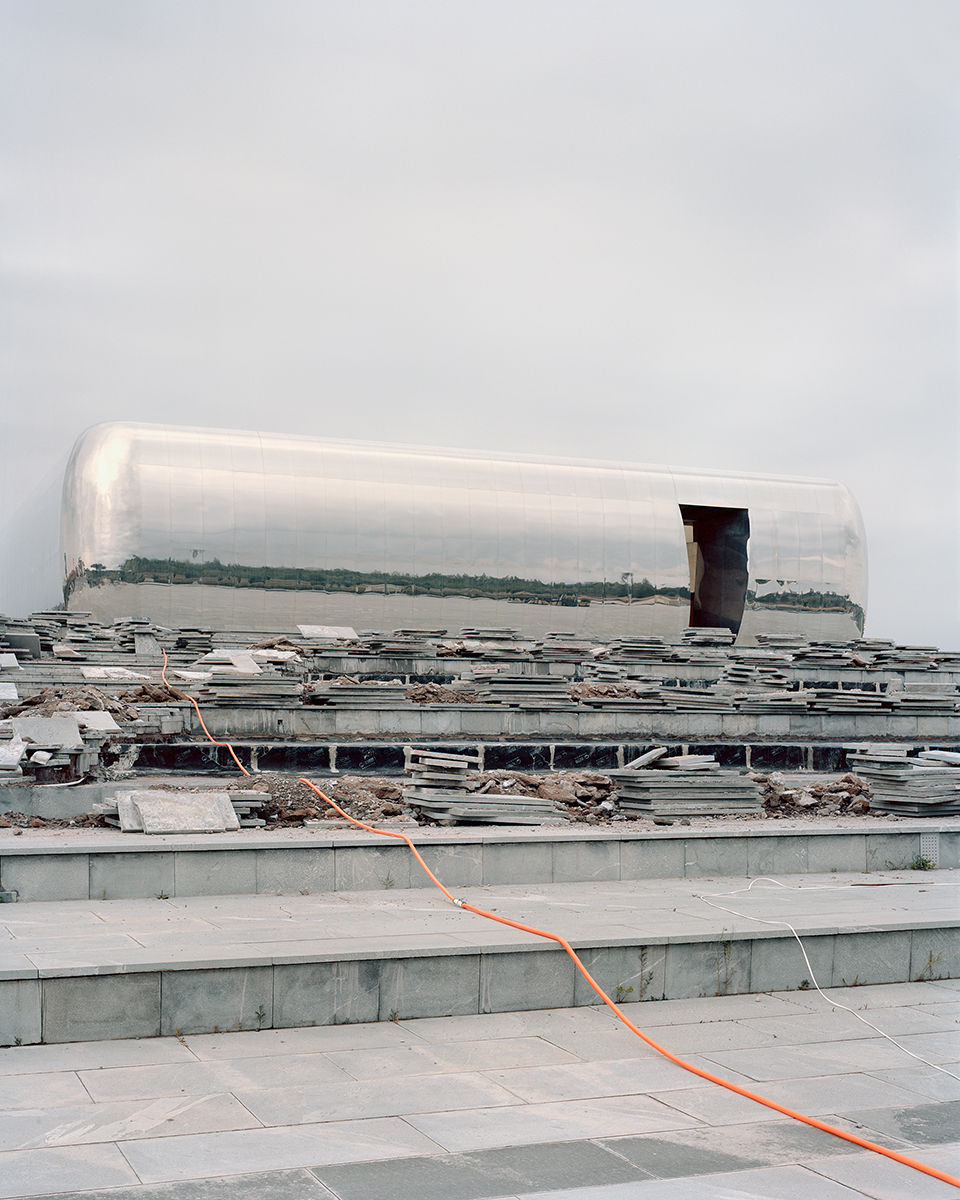 Unborn Cities is a body of work that explores the architectural structures and physical growth of new cities located in inner-mainland China. Unlike many Western cities that begin as small developments and grow in accordance to the local industries, gathering community and history as they age, these areas are built to the point of near completion before introducing people. Because of this, there is an interim period between the final phases of development and when the areas become noticeably populated, during which many of the buildings stand empty, occasionally still cloaked in scrim. During this phase of development, sensationalist Western media often describes them as defunct “ghost cities”, which fails to recognize that they are built on an urban model, timeline, and scale that is simply unfamiliar to the methods of Western urbanization.

Using large-scale photographs that look at the architecture and sites of development within these cites and “new areas”, Kai M. Caemmerer emphasizes both the vast growth and physical scale of these spaces. By reducing the inclusion of signage or geographic context, I make enigmatic images that reflect the shifted sense of reality felt in a city that has yet to be inhabited by the people it was built for; a city without a city (有城⽆市) that, at present, seems more like an architectural model than a place for living.

To view more of Kai’s work please visit his website.