徐冠宇 Guanyu Xu (b.1993 Beijing) is studying for BFA degree in the School of the Art Institute of Chicago. He was the recipient of the Fred Endsley Memorial Fellowship and the finalist of Lucie Foundation Emerging Artist Scholarship.

One Land to Another

I was born and raised in a conservative family in Beijing. The prevailing cultural norms necessitated that my sexuality remain hidden. It was not until my arrival to the United States in the spring of 2014 that I could finally have courage to reveal this secret. The suppression of my identity and the viewing of American films planted an ‘American dream’ in my head during my teenage years. However, I have now come to realize that this perception was not entirely accurate. Due to the history of anti-Chinese sentiments, problematic stereotypes of Asians and the dominance of white, macho gay, I became an “undesirable alien” in this “land of freedom”. 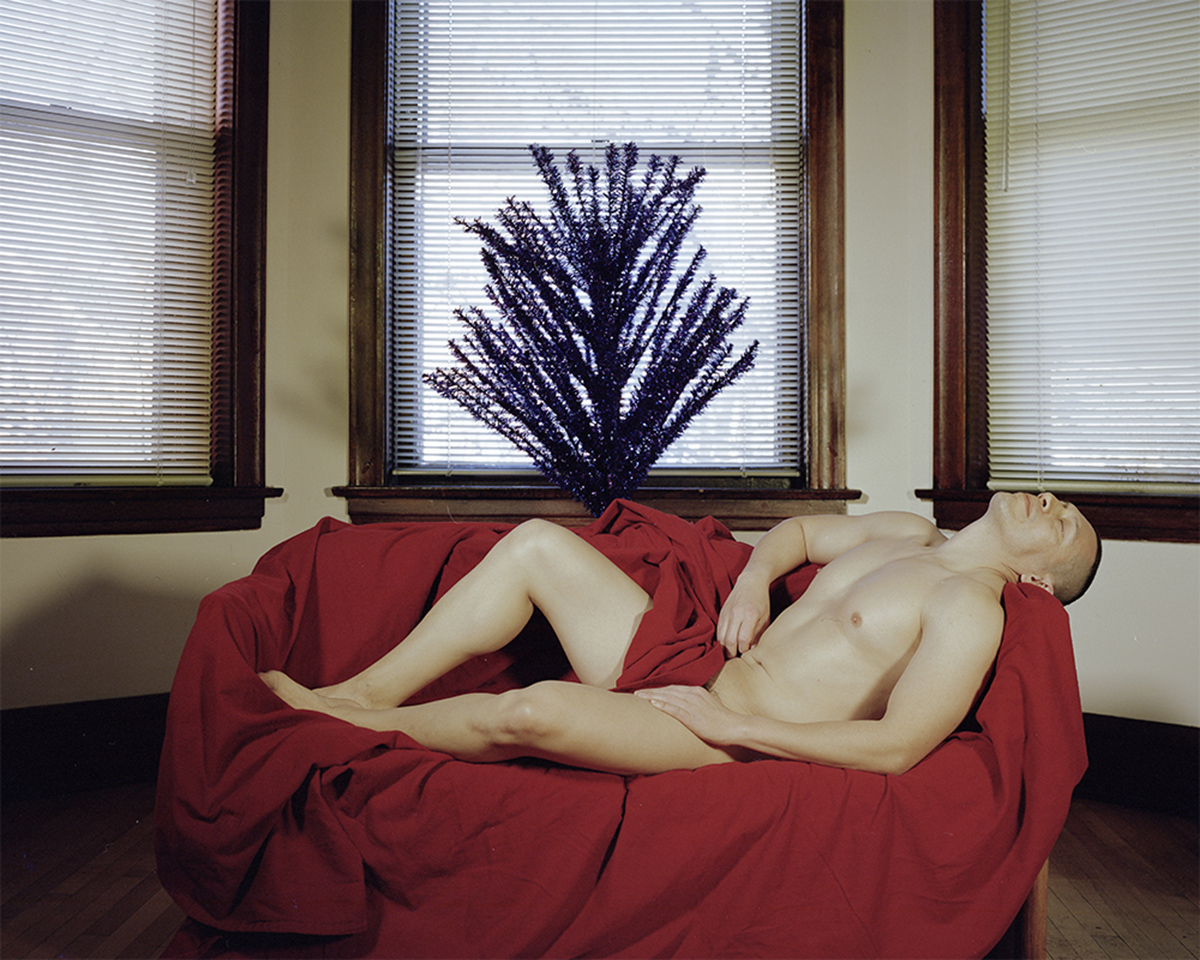 I draw from personal narratives to create images with ambiguous content: The question of the murderer in the self-portraits of my death, the juxtaposition of hope and apathy in my landscapes, and the performative relationships in my portraits with other men. They interrogate the traditional representation.

The self-portraits of my death not only expresses the inequality of gay men in this world, but also reveals my self-denying and self-hating under the homophobic society, which includes both China and U.S. My photographs of people that I find through the online dating apps expose my current situation with other gay men in the States. I examine the racism and discrimination in the white-dominated gay world, the worship of masculine whiteness and the pervasive misogyny. My landscapes of America document paths to finding a utopian space further complicated by my changing of geographical location as well as psychological movement.

I offer my queerness, displacement, anxiety and longing for utopia to destabilize the traditional norms in terms of race, sexuality and ideology.

To view more of Guanyu’s photographs, please visit his website.