Robert Warren (b. 1984) is a photographer born in Long Island, NY and spent his childhood between London and New York State. He earned a BFA with department honors from SUNY Purchase in 2009 and an MFA from the Massachusetts College of Art & Design in 2015. He is currently waiting for the rain to stop in Portland, OR.

Too Much With Us

I’m driving from one town to another. The flora is wooded, mostly, with the occasional homestead, guard rail, and road sign punctuating an otherwise green and hard-scrabbled landscape. Emerging from the greenery are cliffs that, in white paint, are crudely drawn names of the locals in the surrounding towns. The names serve to commemorate these people’s existence at a point in their past – high school graduation, romances that have ended or flourished, or a remembrance of a loved one.

Visualizations of land-use, escapism, and self-identity reflected through our surroundings course through this body of work. Photographing scenes of urban and suburban expansion, an evolution of how we use and develop our contemporary landscape becomes apparent — our need dictates the shape of our surroundings. Punctuated by photographs of scientific equipment, I aim to show the friction created between how we identify with our surroundings and the human necessity to dominate them.

Driving out of that town, it dawned on me that the road was carved into the land by men and the writings on the cliffs were made by a population whose need for space and resources can be seen in the markings on the landscape. 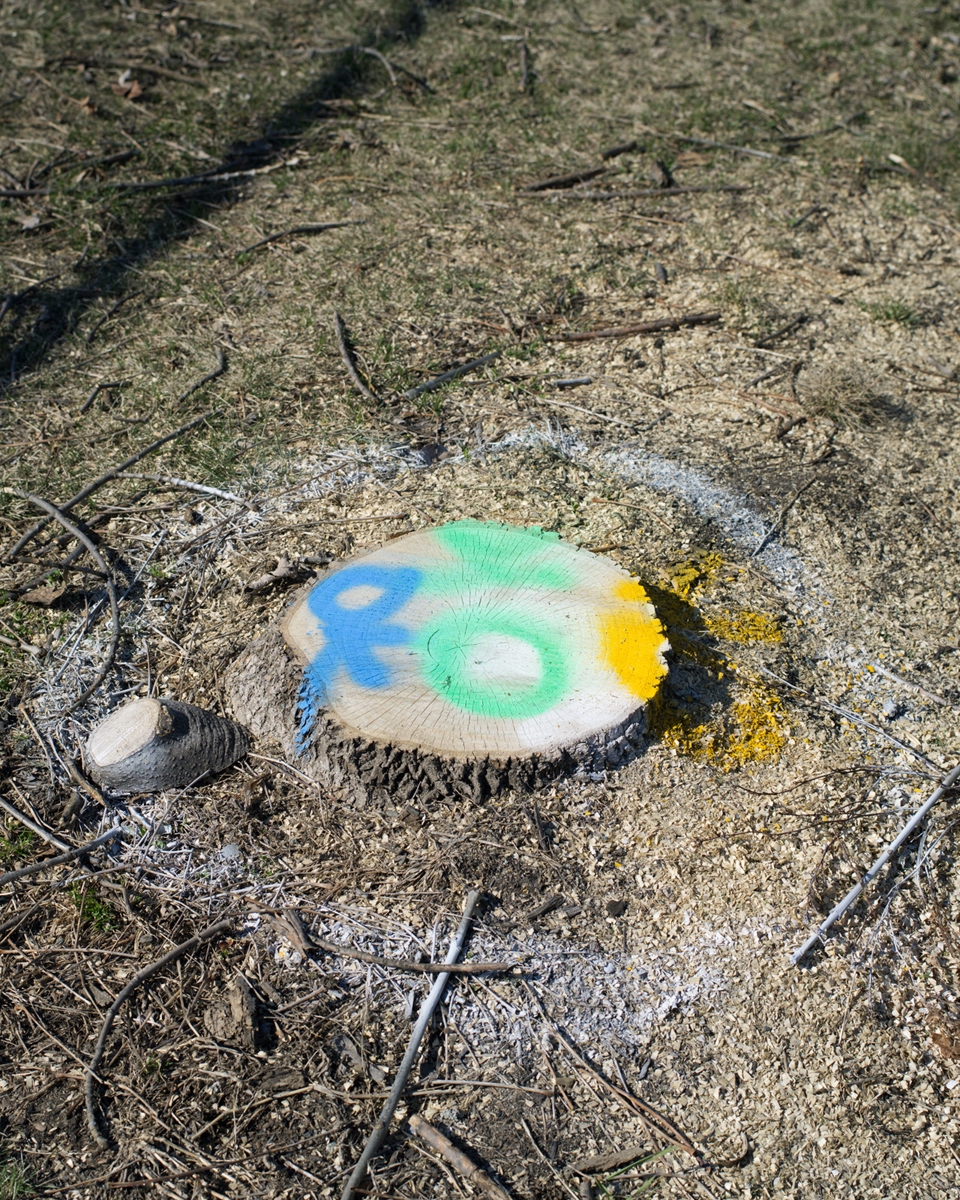 To view more of Robert’s work, please look at his website.