Utah in the time of the Cold War is the backdrop for the monograph, in which time does seem suspended. Where everyone is in a perpetual state of waiting. Whether the next thing will be better or worse, we hardly know. Smith offers no easy answers, but rather an unvarnished assessment of his past and present, rendered in photographs that are simultaneously as precise and as enigmatic as the light in Utah.

Smith’s first book, The Weather and a Place to Live: Photographs of the Suburban West, was published by Duke University Press in 2005. He has received numerous grants and awards, including Guggenheim, Kittredge, and RISCA fellowships. His work has been widely exhibited and can be found in many public collections, such as the Museum of Modern Art and the Metropolitan Museum of Art. Smith received a BFA from Utah State University and an MFA from Yale. He is a professor of photography at the Rhode Island School of Design.

AB: Hey Steve, can you speak with us about your experience growing up in a Mormon household?

SS: I try to give a picture of what it was like to grow up Mormon in Utah in the 60’s and 70’s in the introduction to Waiting Out the Latter Days. Utah is a beautiful place and it felt special to grow up amidst the mountains. It was also a very dark cultural time. The local church leaders used the threat of the cold war to scare folks into behaving properly. It was commonly thought that the looming nuclear war was the apocalypse promised in the bible, and we were truly living in the last days before the earth would be destroyed and the righteous would be lifted up to heaven. The local population was over 85% Mormon and they put enormous pressure on each other to be perfect in general, but specifically because the last days were close at hand. It was an unrealistic standard that few could achieve, and there was a lot of repressed, self-hating, hypocrites because the standard was so high. At a fairly young age I realized I did not want to fit in with this culture. I thought constantly thought about moving away as quickly as possible.

SS: When I was 13 years old, I eavesdropped on a conversation between my mom and the local church ladies. One of the women said that she had heard from a top leader in the church that all good saints needed to be ready for the second coming by next March. I remember being terrified by this news. It meant that the world would come to an end in four months and I was most likely going to die and go to hell. I was really upset, and then one day, while playing outside, I realized that it was now May and the world had not come to an end. After that I really started to question everything about Mormon culture. I became highly annoyed by the group-think, sheep mentality that was part of every aspect of Utah culture.

While studying photography in college I got my first look at the work of and Gary Winogrand. I connected with his sense of humor and worldview. One can easily tell that he very much cares about the world, but is also disappointed. His views on America was very much like my take on Mormon culture in Utah. Until then, I was self conscious about growing up in Utah. I always wished I had been raised some place cool. I realized that growing up in strange place is a kind of gift it you look at it the right way. I started the project in an effort to explore my feelings towards the culture I was raised in.

ABL In your monograph, Waiting Out the Latter Days, there is a very significant time difference between the photographs, but they appear to flow seamlessly through your narrative. Do you feel like the Mormon religion, and its presence within the community in Utah, has changed?

SS: This book came together 20 years after most of the photographs were made. After college I had to get out of Utah. I ended up on the east coast in graduate school and the project in Utah was put on hold. In 2012 I was giving a lecture on my work and Nelson Chan, one of my former RISD students, was in the audience. My landscapes work is mostly what I am known for, and I often show my early portrait work from Utah to get the point across that I see landscape as a cultural concept. Nelson had not seen my early work, and thought that I was getting at something there. He told me then that he wanted to publish the work. I was flattered and slightly amused and I told him to let me know when he was ready. Two years later, after he started his own publishing company, he approached me with the idea of doing a book on my early work. It was intriguing to edit photographs from my distant past. It was easy to see to the series more clearly now that I am older and have a great amount of distance. It was also a great way to visit myself as a younger person. Editing the book brought back a bunch of questions I had about my formative years and the culture I was trying to explore and catalog. I had also felt that I had given up on the project before it was complete, and that it now would be interesting to try to pick up where I had left off; To see what had changed and what had not. So in the summer of 2013 and 2014, I intensely photographed public life in Utah. There are 14 photographs from the 2013-14 but the majorities were made from 1984-87.

Utah is experiencing a growth spurt like the one California enjoyed in the 60’s and 70’s. With this growth the Mormon culture in Utah has tried to become more open and accepting while not budging on its doctrine. The leaders of the Mormon Church are more media savvy but things are remarkably the same. 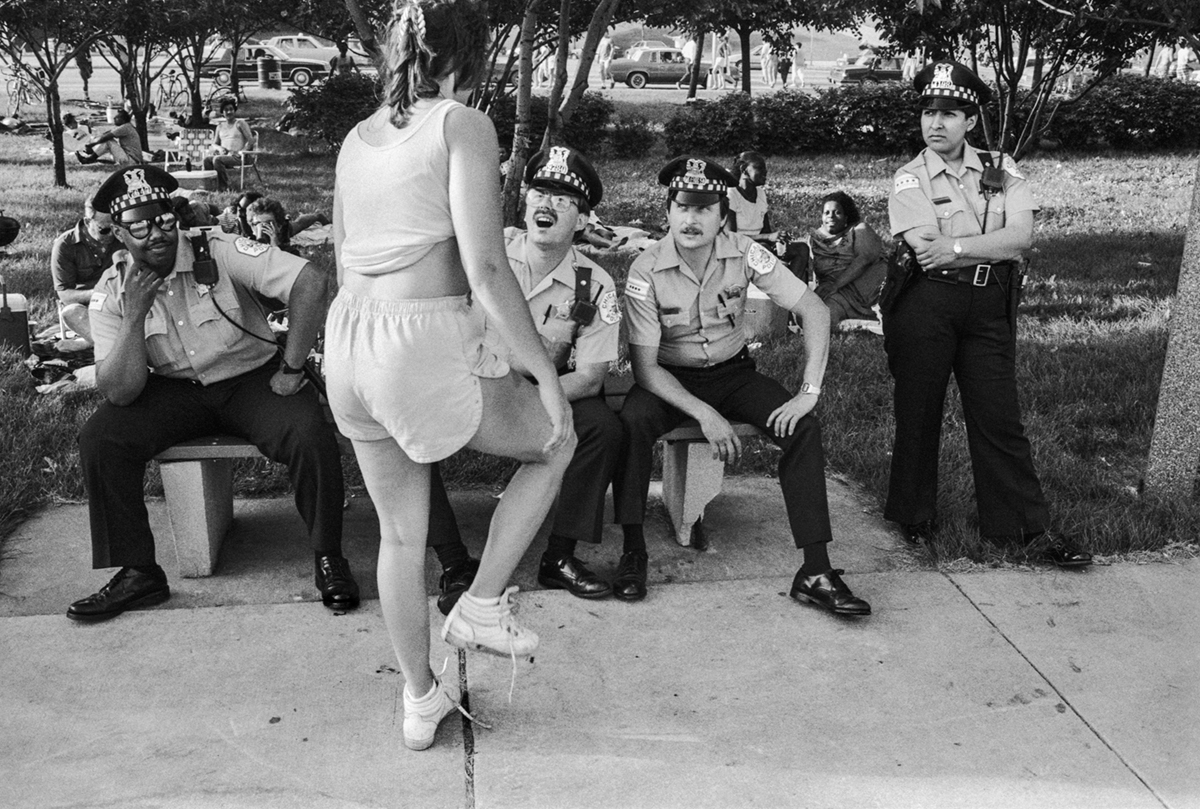 AB: Would you describe yourself or your practice as spiritual?

SS: I used to be proud to call myself a Secular Humanist, but I have since found it best not to talk to overtly religious or spiritual folks. I would say that my process and work are spiritual to a degree in that it is personal and somewhat romantic. A more accurate term might be intuitive.

AB: How do you feel the legacy of Joseph Smith, the founder of the Mormon religion, has informed your photographs?

SS: Joseph Smith was in the ground for years when Brigham Young started to colonize Utah. So maybe he is the greater influence on the area and culture that evolved. There are many ways that Brigham Young shaped the area, but in my photographs I am to a large degree projecting my feelings of being oppressed as a young person onto the people who I photograph in Utah. I am curious about people who have faith and willingly surrender their free will.

AB: Your previous monograph, The Weather and a Place to Live, explores Utah’s constructed views of the natural landscape. Can you speak about how these two projects inform one another?

SS: They are both projects in which I am exploring a subject by examining the value systems of different areas of western culture. They are both about me going out into the world and making photographs of my reactions and interactions. I view the landscape photographs from the Weather and a Place to Live as photographs of the interactions of people but with most of the people removed. They are different subjects but I they emanated from the same worldview.

To view more of Steven’s work, please visit his website.

His monograph, Waiting Out the Latter Days, is now available on Aint-Bad Editions!