Svetlana Bailey was born in St Petersburg in 1984. After the fall of the Soviet Union her family emigrated to Germany, where she completed secondary school and began undergraduate studies in Communication Design. Svetlana transferred to complete a BFA in Photography at the University of New South Wales in Sydney, where she lived and exhibited for 8 years, before commencing an MFA at the Rhode Island School of Design.

Photographs travel, in boxes or on airwaves, like mind images on overlapping currents. To explore this in my work, I construct scenes from things that exist on separate planes but coexist for me, such as objects of emotional value left behind, incomplete images that linger in my collection, and locations that were once my home.

Last year I visited my grandmother’s house in the Russian countryside, where I spent my summers as a child. My grandmother died sixteen years ago and since then her house stands empty. On this visit, I brought photographs from my life after I last saw my grandmother, and in her empty house installed my large photographic prints with her belongings. Later I followed a similar process in Germany where my parents live, arranging their belongings with photographs from my grandmother’s and other places. I continued circulating images in this way, and many of the final images in this work were photographed in my studio in Providence.

In constructing these photographs, I visualized times and places that are far apart yet exist together psychologically. It’s similar to the act of carrying around photographs in wallets or pendants, on coffee mugs or lock screens, displaying pictures in living rooms or tattoos; an impulse for continuity, where separate events are rebroadcast into the present through a jumble of images. These images shape one’s reality and personal history. But when the images are rephotographed with objects, their falsity is revealed through the joins or edges, or the surface, or the nonsensical perspective or scale. The mind attempts to render these contradictions, because it’s seductive to see the image and its environment as one. They cohere, the surroundings operating as a container and the image as a layer, like a matryoshka doll. Layers keep something hidden, an allure waiting to be uncovered, seen through or torn apart. 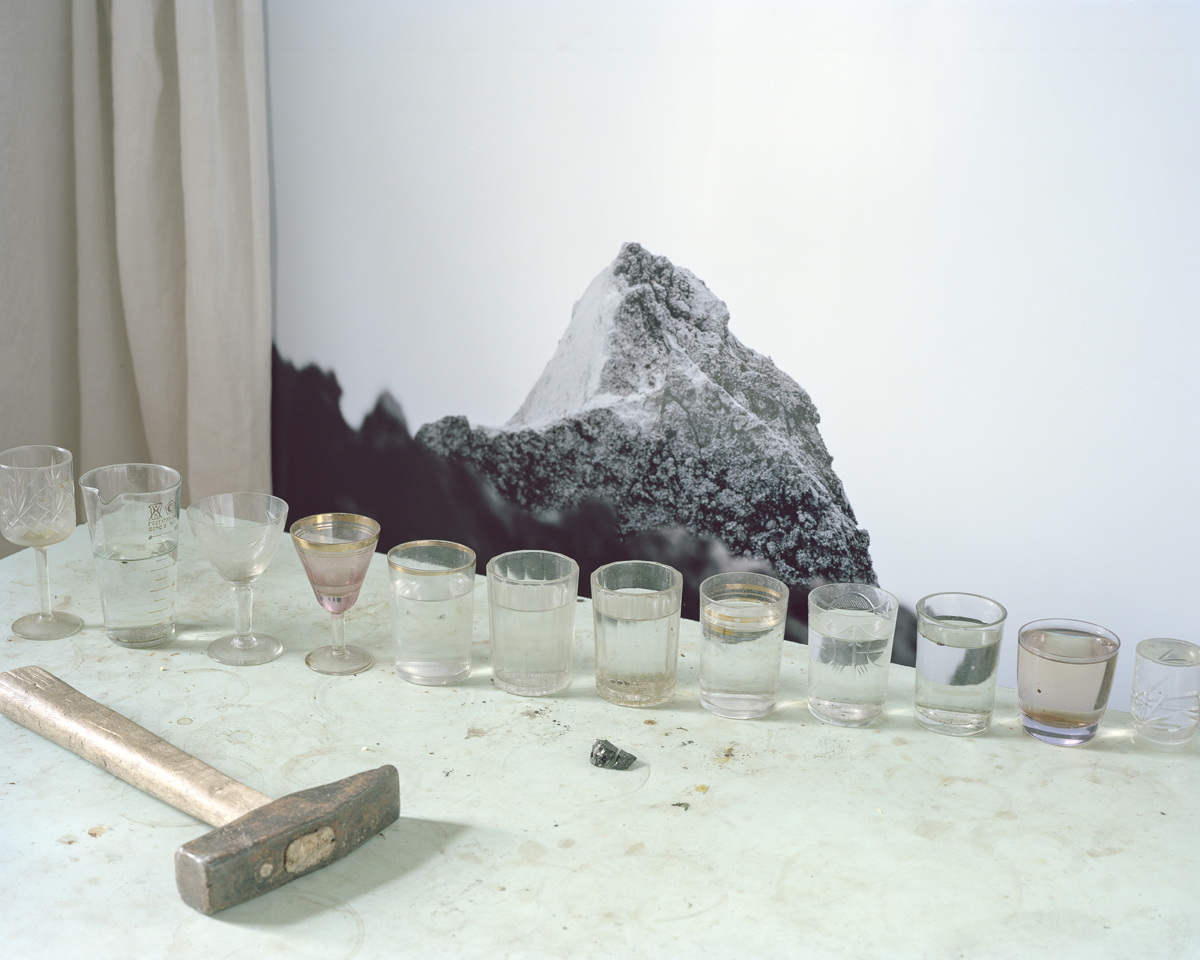 To view more of Svetlana’s work, please visit her website.