Erin Neve’s work centers on ideas of “the body” — the body as built and organic material in constant flux, as a space of interior and exterior boundaries, as sacred, as a source of abject experience, and as a site of the sublime.  Her work has been exhibited nationally and internationally, most recently in Turku, Finland and in Chicago, IL.  Erin received an MFA in photography from the University of Minnesota in 2012, and an MA in philosophy in 2006 where she focused her research on aesthetics and photographic theory.

This work began in 2012 when I accepted a job at a religious school, and I found myself observing others acting out sincere devotion grounded in specific bodily rituals.  I watched as they bowed, chanted, sung, ate wafers, and prayed.  They believed that bodies that ritually perform these sacred acts express the divine. Guided by a complex history of liturgical tradition, like a dance, I watched as these devout practitioners performed for God to make visible that which is invisible.

In Bread Towers, I build towers of bread as stand-ins for the physical body. The structures are made of individual “bread” pieces balanced entirely on each other and built to stand as tall as possible. Building the towers is a meditative ritual that requires focus, patience, and a delicate hand; most towers fall within seconds. I learn each piece of bread — its lightness, its materiality, how it is shaped, how it shifts, moves, where the weight falls, its density, its limitations; each piece transforms into a part of the whole bread-body.  The resulting photographs are minimalist still lives of upward grounded fragile pillars of bodily material. 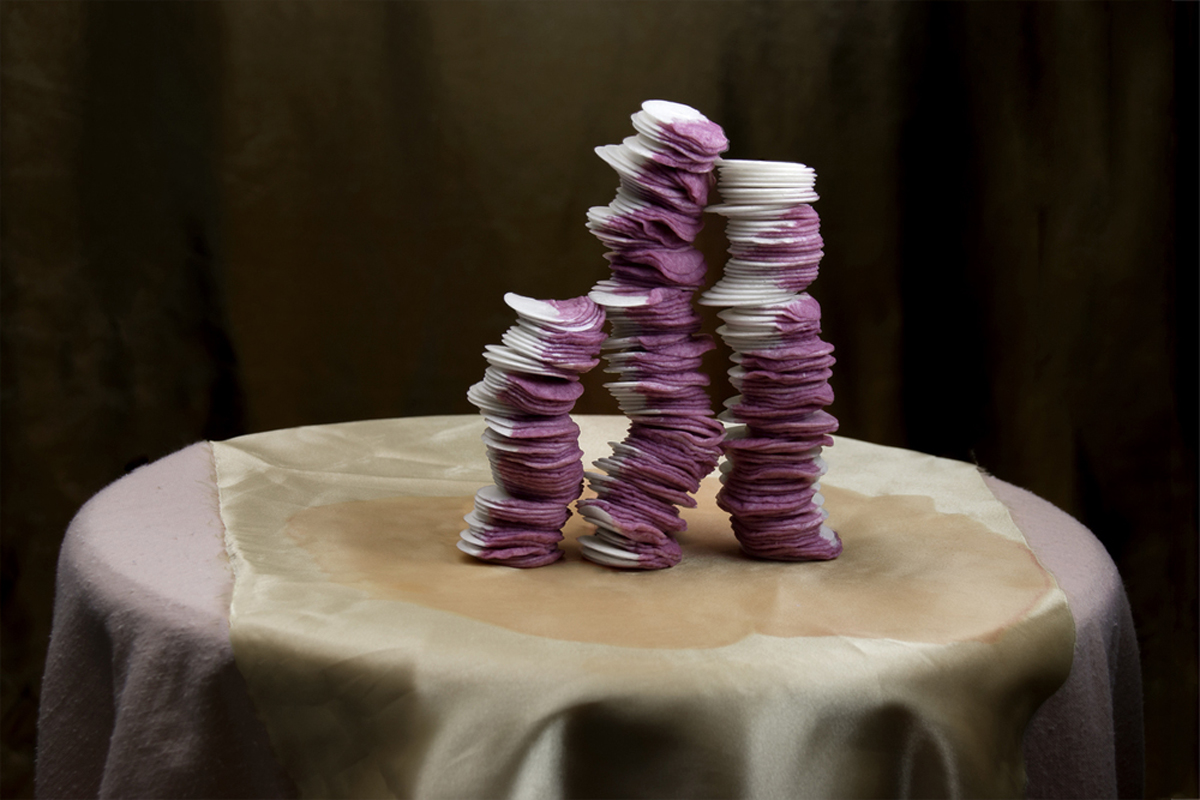 To see more of Erin’s work, please view her website.