Juan Giraldo is a photographer currently living and working in Chicago, Illinois; he received his MFA in May of 2015 from Columbia College’s photography department. He was born in Manizales, Colombia and raised in Paterson, New Jersey. He received his BFA with a concentration in photography in May of 2009 from William Paterson University. Awards include Dwight D. Follett Fellowship Full Tuition Award from Columbia College Chicago, Honorable Mention in, En Foco’s, People Places and Things, Brozowski Scholarship and Fiftieth Reunion Endowed Scholarship both from William Paterson University. Exhibitions include, Perceived Realities 2015 MFA Thesis Exhibition, Columbia College Chicago President’s Residence (solo show), Paterson Art Walk, Aljira Fine Art (group shows), What Work Is, Englewood Library (solo show), Figurative Impulse, Oualie Arts Gallery, and What Work Is, American Labor Museum (solo show). His work explores the personal interior spaces of working people, (in particular the employees of Great Lakes Reload and his family in Paterson, New Jersey) the textures of a working life and the banal indicators of domesticity that shaped his view of the world, both as a first generation immigrant and laborer. In addition to this work he continues to photograph his family as part of an ongoing project in which he looks at his relationship with his parents.

I have always been interested in industrial landscapes and the people that live and work in these spaces. My photographs visualize the lives of the people that live there; their experiences closely mirror my own. I was born in Manizales, Colombia and raised in Paterson, New Jersey, after my parents moved there. Paterson is a working class city similar to where my subjects live. In October of 2012, I moved to Chicago and began to photograph the site and people that characterize Great Lakes Reload (GLR) on Chicago’s far southeast side. Over time, GLR came to feel eerily familiar. The smell of diesel and cigarettes reminded me of the loading dock I had worked on in my youth, while GLR’s dock workers shared qualities with so many of my family members, former co-workers, and friends. They are tough, strong, and they endure. Through photographing the GLR employees, I became familiar with the narratives of their personal lives and relationships; the ties that bind friends, co-workers and families emerged as the relationship of photographer and subject became more intimate. 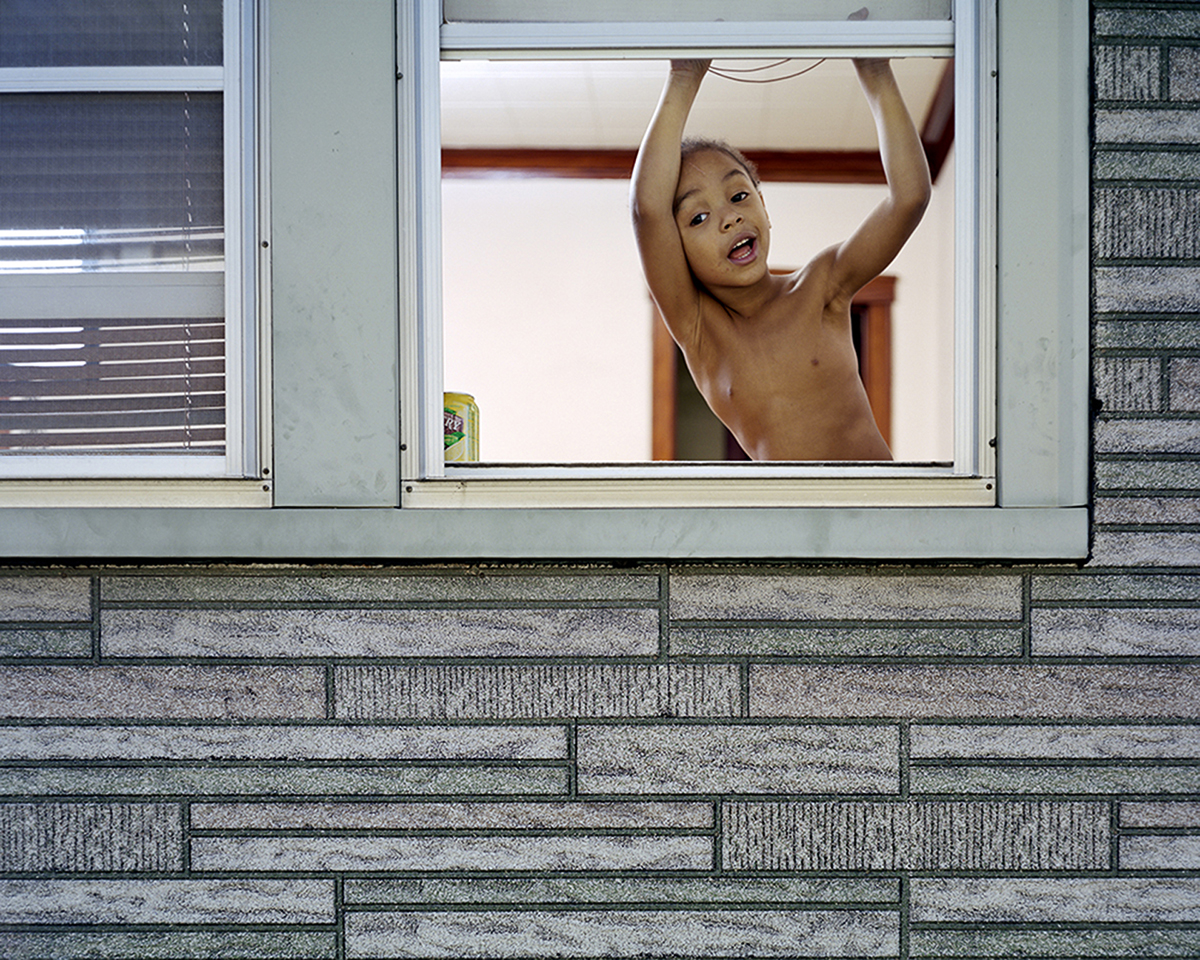 Familiarizing myself with their anecdotes and experiences allowed me to embrace the details, beauty and drama of the mundane found in their homes as I continued photographing them. As I documented their lives, a strong bond emerged which allowed me to photograph my subjects as I would my family. In their stories I see echoes of my past. Their personal interior spaces reveal the textures of a working life and the banal indicators of domesticity that shaped the person that I am. The décor of these homes reveal their residents as people of Catholic faith, first generation immigrants, and blue-collar manual laborers. My portraits and still lifes highlight objects of importance and their iconographic meaning in these domestic settings, reflecting a reverence for my personal history and the lives of the people in my photographs.

To see more of Juan’s photographs, please take a look at his website.