Brooks Dierdorff is an artist working in photography, video, sculpture and installation. He has exhibited his work both nationally and internationally at galleries that include Salander O’Rielly in New York; Punch Gallery in Seattle; Disjecta in Portland; High Desert Test Sites in Joshua Tree, California; Johalla Projects in Chicago; the Ulrike Hamm Gallery in Bissendorf, Germany; and The New Gallery in Calgary, Canada. His work has been written about in publications including Daily Serving, Visual Arts Source, Oregon Arts Watch, and Justice League PDX. For 3 years Dierdorff was co-director of Ditch Projects, an artist-run exhibition space in Springfield, Oregon. He received his BA from the University of California, San Diego in 2007 and his MFA from the University of Oregon in 2012. Currently Dierdorff is Assistant Professor of Photography at the University of Central Florida in Orlando, Florida.

Hunting can be seen as both the epitome of our oppositional relationship with nature, as well as our communion with it. As a set of cultural practices, it is diverse and often contradictory: some hunters only kill animals that they eat and see it as preferable to industrial farming; others advocate against encroachment so that land remains unspoiled and therefore available for hunting purposes; some seek to affirm their dominance over animals while others seek to become one with an animal’s habitat or sensory experiences, often imitating its sounds, smells, or optical processes. In the series Line of Sight, I examine these contradictory encounters between man and the natural world through photography, sculpture, video, and installation.

The specific practices through which hunters engage with nature serve as points of departure for considering how humans mediate and construct the natural world. For example, the pieces Blind and Ultraviolet Panic mediate the photographic image through florescent lights – a futile attempt to replicate the visual spectrum of deer. In other works including Remnant, Organizing Principles, and Late Season Tactics, photographs of animal furs—fixed to the wall by arrows, suspended between blocks of ballistic gel, or positioned on the floor behind glass—evoke fragments of animal bodies while the viewer’s own body is activated as they examine the image from multiple physical positions. In Cougar and Official Culture I remove the hunter as the primary agent of the scene, a gesture that both highlights and refracts conventional imagery and materials of the practice. In forging a link between hunting, embodiment, and vision, I seek to foreground the conventions through which nature is framed as well as the slips that exist between perception and reality. 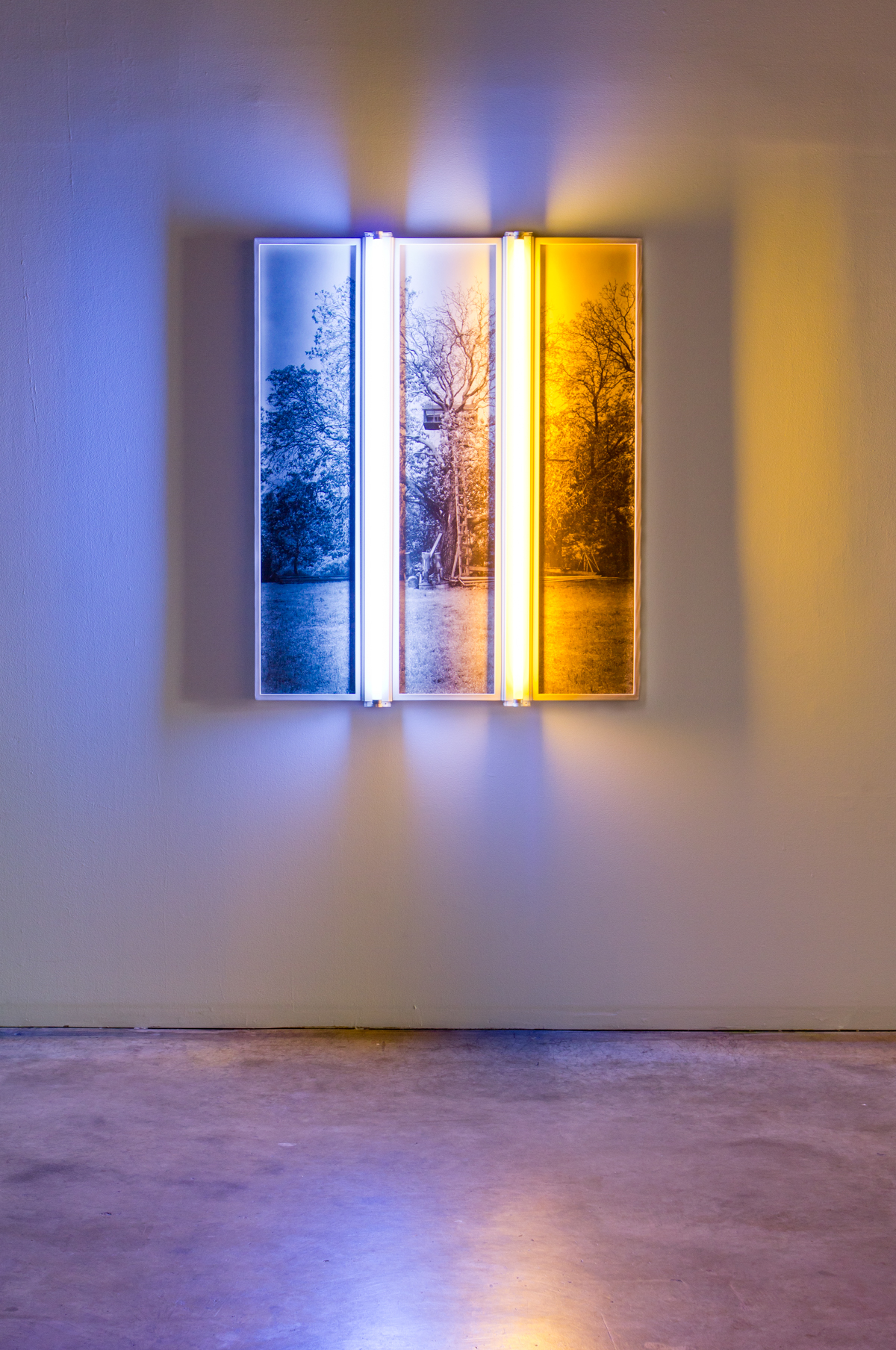 To see more of Brook’s work, please visit his website.