Rebecca Sittler’s still life photographs examine the interpretive lives of familiar objects, often combining observational and directorial approaches to making an image. She is also the co-founder of the institute for Inverted histories (iIh), www.invertedhistories.com which works at the intersections of art, design, politics, media, and cultural studies to produce objects and experiences that acknowledge and revel in mysteries among the material traces of history.

Sittler received her MFA from Massachusetts College of Art in 2003 and is a photographer, writer, and Associate Professor of Art at California State University, Long Beach. She has exhibited her work at venues such as: Sam Lee Gallery, the Photographic Center Northwest, Torrance Museum of Art, the Griffin Museum, Atlantic Center for the Arts, RayKo Gallery, Photographic Resource Center, as well as the University of Florida, Texas Woman’s University, Boston University, and Washington State University. Her recent series, All the Presidents’ Men received a 2015 Collection Award for Innovation in the Documentary Arts from the Archive of Documentary Arts at Duke University.

“Before & After”, Archival Pigment Print, 22×27” and 28×34”, 2013. Photographs of my grandfather, Alvin Luebbe, a glider pilot in WW2, before and after the war, displayed on my grandmother’s artificial fireplace (Beaver Crossing, NE). 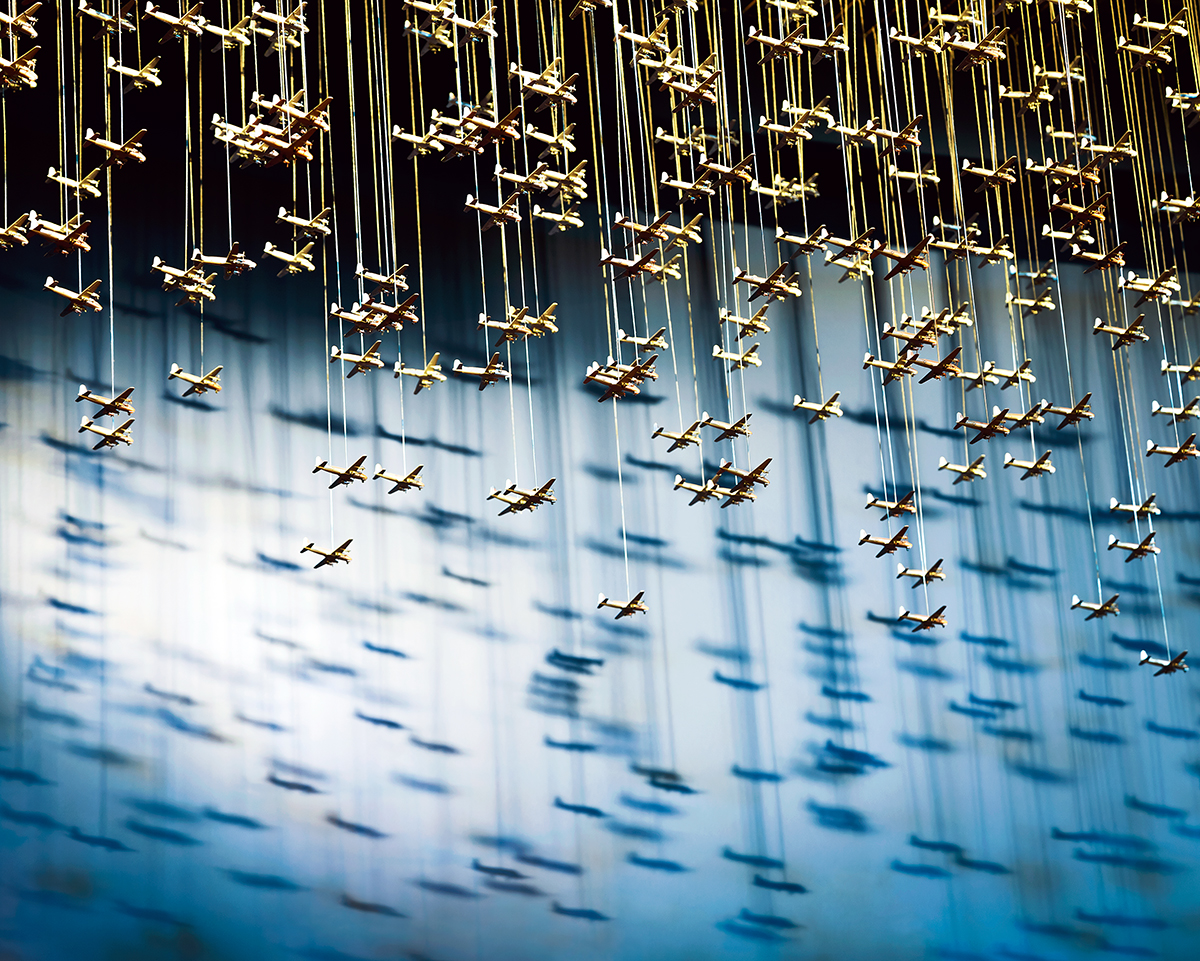 All the Presidents’ Men

All the Presidents’ Men combines photographs made in presidential museums and historic sites across the United States with images from my father and grandfather’s homes. In 1959, after a spontaneous all-night road trip, my 18-year-old father met former president Harry Truman out for a morning walk on the streets of Independence, Missouri. He doesn’t remember what they talked about, only the thrill of meeting a “powerful”, yet “unassuming” man. Nearly 50 years later, I visited Truman’s presidential museum and noticed there was little evidence of the restlessness and uncertainty that have shaped my father’s generation and characterized Truman’s legacy.

I am intrigued by photography’s increasing role within history museums, where historical narratives intersect with the complexities of photographs, replicas and ephemera, and are interpreted through the viewer’s imagination and personal experiences. In particular, I see presidential museums as archives of a particular version of American masculinity, informed by American dreams, fictional narratives and political rhetoric. Presidential power is reified and celebrated within the history museum while aspects of presidential identities that are more revealing of their complexity, individual struggles or humanity are rarely or only subtly articulated. Full of blind spots, these fictional heroic narratives are absorbed into our political and personal lives despite the tenuous grasp they hold on the complexities of history and the multifaceted lives of men.

“Open Road Stetson”, Archival Pigment Print, 22×27” and 28×34”, 2012. A display of the “Open Road Stetson” hat, worn by many celebrities and cowboys and renamed the LBJ Hat after he popularized it during his presidential campaign, Lyndon Baines Johnson Presidential Museum (Austin, TX).

“Decision Room Replica”, Archival Pigment Print, 22×27” & 28×34”, 2012. Reflection of a copy of a painting of Abe Lincoln on a table in a basement replica of the West Wing. Known as the “White House Decision Center” used for school visit reenactments of major decision points during the Truman presidency, Harry Truman Presidential Museum (Independence, MO).

To view more of Rebecca’s imagery, please visit her website.