Tianxi Wang was born and raised in China. He studied at the Rochester Institute of Technology in the United States. Tianxi was influenced by a wide range of artists such as Yamamato Masao, Masahisa Fukase, Gregory Halpern, and Todd Hido. He is interested in imagery and metaphors found in ordinary space. Currently, Tianxi lives and works in China. He established a small artist community, The Miscellaneous LAB, in Tianjin on the purpose of offer residence as well as share studios and equipment. 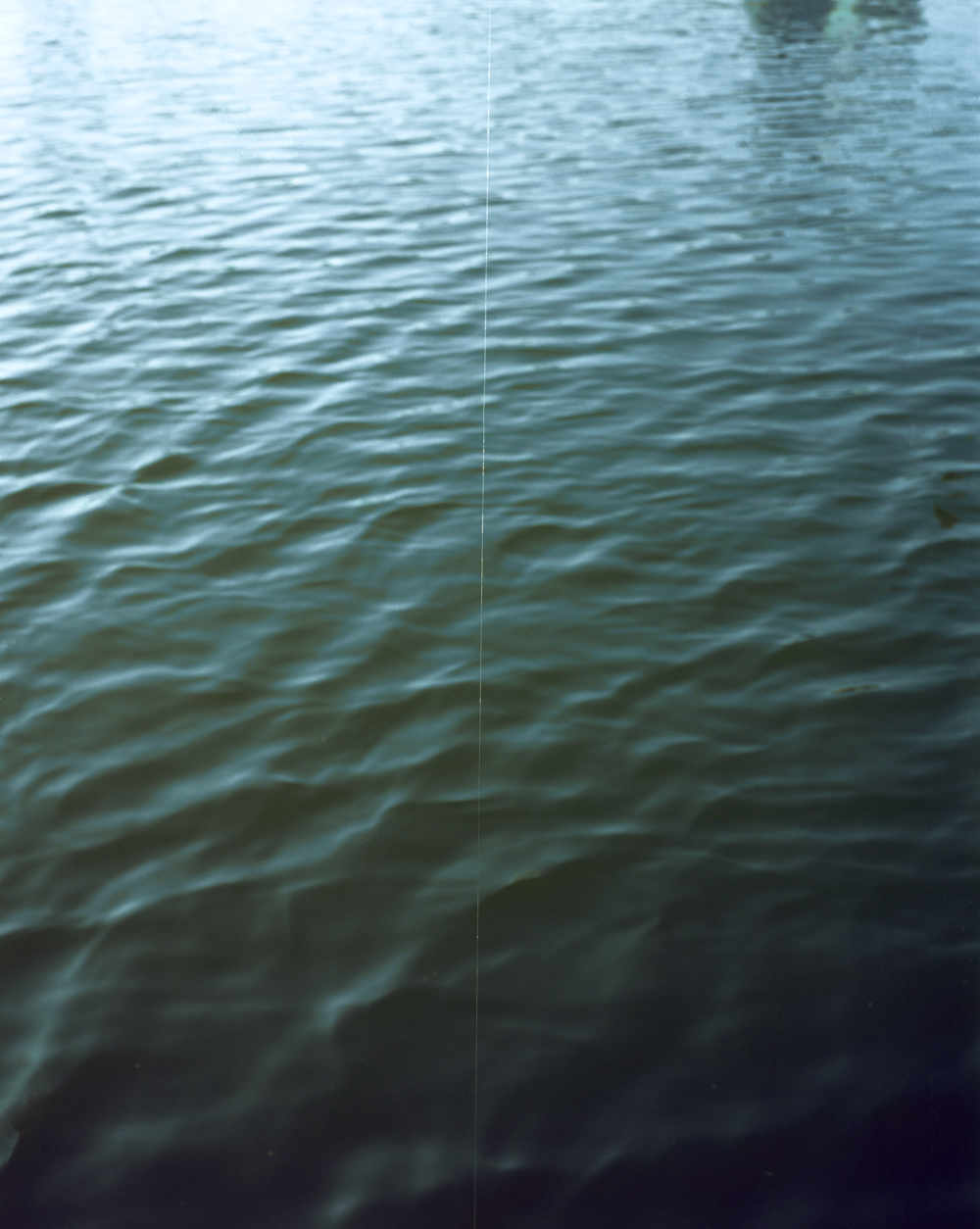 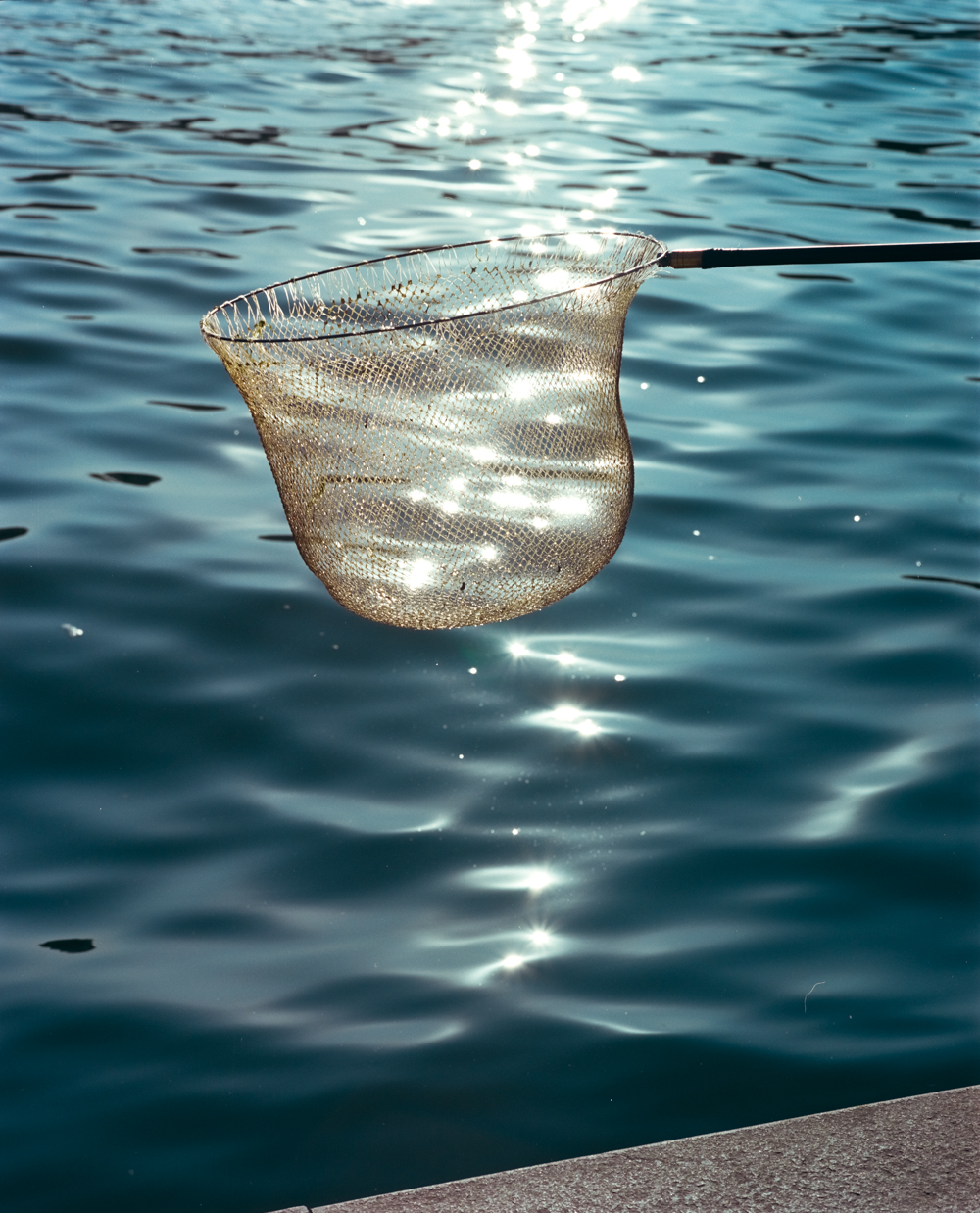 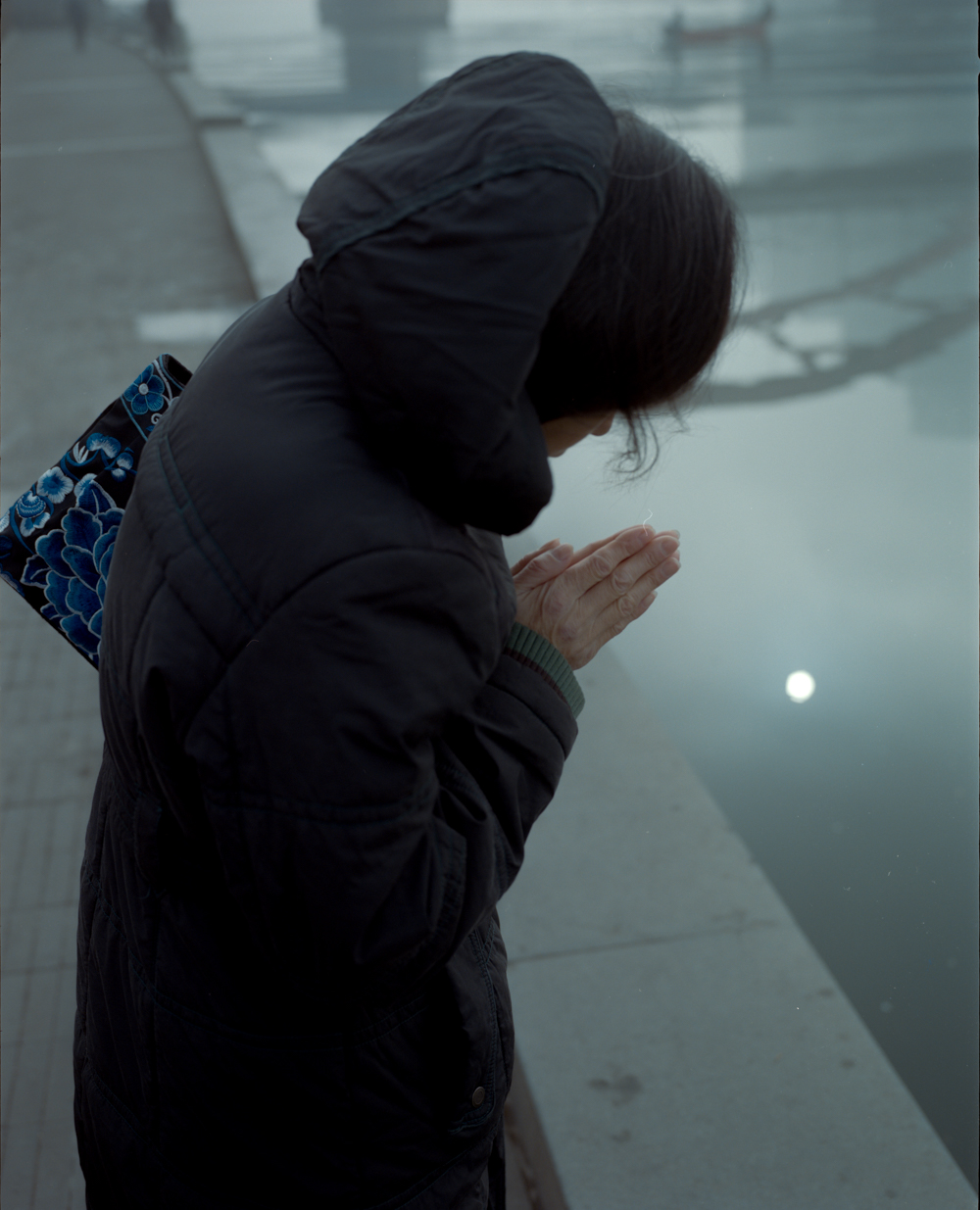 So Long, And Thanks For All The Fish

The river is too short, inconspicuous as if it was left there unconsciously. It seems to be tamed, hardly diverse by the solid concrete levee. It’s always calm, perfectly kept away from any storms and waves, onto those tall buildings alongside. Before stepping in, some might lay a carpet on the floodplain to make it more comfortable. It’s always hard to tell how it flows or where it goes. It seems to be going nowhere. From time to time the seawater flows backward into the river, only to make it flow a little bit, with uncertainty.

The water seems so sticky when it’s still. I’ve never seen water like this-not from any river or sea. A mass of shapeless light reflects from the ripples, approaching everything around the river.

Don’t bother to guess which river it is. I’ll be pleased if you consider my imaginary river.

Ten months ago, I decided to leave the city I use to live, as the hive of activity somehow frightened me. At eight-thirty in the morning, when I entered a subway station of Line 3, I could see people lining in between the platforms, from one screen door to another, in a thrilling and mysterious order. Under this circumstance, I assumed someone at the end of the lines might be pushed into a train on the other side and forced in the opposite direction. Inspired by this sort of coincidence, perhaps, a few smart ones figured they could jump into the train back to the departure station and rode back on a less crowded train, even with a seat if lucky enough. The majority without this skill would have to stick to the line. A full train of passengers went away, another would arrive in seconds. Magically sometimes, an empty train would arrive within a fleeting break of the pattern, packed right away and left. Most people on the train were occupied by their phones. The one on my left was watching an idol drama, the hero was promising the heroine a diamond ring. A sleepy student sat on the opposite took a pair of earplugs out of his pocket and tried to fix the tangled wires, which was still unsolved after two stops.

The passengers, the trains, the crisscrossing lanes, the elevators, and everything underground, binding with each other, just like the tangled earphone wire in the pocket, reached the extreme altogether.

That drove me to the city with the river. There happened to be a river where I grew up as well only it didn’t seem to be tamed. I used to look down from a steel bridge, wild and fierce, angular and sharp, muddy enough for me to believe it’s to prevent me from seeing through.

I always find it delightful to live by the water, no matter a river, lake, or the sea. Water makes my life less boring. I get a lot of fun observing it. Why water? I asked myself sometimes and came to the conclusion that water is without a certain shape, volume, or position, thus it easily gets into one’s mind and captures his curiosity. Peaceful mirror-like water comforts us while huge waves encourage us. Either way, water fulfills our expectations. Someone tried to summarize what water could do to people – “It brings pain, forces the patients to return to reality that they are trying to avoid. It tortures the patients by making them face themselves with consciousness.” “It interrupts the patients while they speak and silences them.” “It punishes the patients.” “Water with its strong detergency is the tool to make patients confess, as baptism and confession.”

As long as I don’t get drown, water will always comfort me and heal me in its way. This river I found, which confuses me all the time when trying to find its direction, was just so docile and tender.

People of this city, in a sense, are like the river, don’t always vow solemnly or fight fiercely over things like people elsewhere. The subway here is not as busy either. You can always find a seat.

Their greatest fun is catching fish by the river, in a way that surprises the non-natives. First of all, it’s a twenty-four hours non-stop activity with different groups of people at different times in a day. Those who come at midnight use UV lamps, probably to draw the fish’s attention. A morning at six o’clock, when I was walking along the river, I saw an old guy sleeping in a lounge chair, with three full buckets of fish by his side. I could hardly imagine how he managed to do that. People catch fish by the river in all kinds of ways. The oldies would most likely stick to the old-fashion way of fishing, while the young would prefer using small fishing nets. I have also seen some tough guys who threw a giant steel hook with four claws into the river and pulled it back roughly with a fish hooked, which blew me away. Some smart ones would set up fishing nets in the river during the daytime and come back after sunset, collecting a full net of fish. There is even a story about some competitive men who used dynamite explosives for fishing at mid-night, soon got arrested for that.

Walking around the river by summertime, I can easily capture dozens of fishing poles and hundreds of fishing nets, which is such an odd scene in this current modern era.

There are as many fish releasers as fishers by the river. These two crowds attempt to ignore each other, which allows them to maintain a tricky balance. The connection between them is the fish sellers. Fishers catch fish and sell them to the sellers, then the sellers sell fish to the releasers, who later release the fish back to the river. Such a perfect and balanced cycle.

For the fish releasers, releasing the fish probably fulfills some of their emotional needs. Some fish were thrown as high as possible into the river as if it the height decides how many merits and virtues the releaser would accumulate. A few pieces of fish scales fell off to the water, reflecting subtle light, while the fish seemed to be knocked out. Fortunately, some turned over a few seconds later and swam away.

There are as many ways of releasing the fish as catching them. What most of the releasers do is to purchase fish from the fish sellers, recite scriptures, then pour the fish into the river. Some rather faithful ones would be reciting scriptures for over one or two hours before releasing the fish. Those rich ones might even buy a trunk of fish and pour them down the river from the bridge. Sometimes when some newbie tries to throw the fish from the bridge, it will end up killing the fish. The experienced fish releasers on the bridge will use a bucket attached to a rope and release the rope little by little until the bucket of fish reaches the river safely. Once when the river just began to freeze, a releaser poured a bucket of loach into the river. He threw the loach so high and far and they ended up on the ice. The releaser tried to break the thin ice with a stick and melt it with water, to save those poor dying loach. Obviously and unfortunately, the stick wasn’t long enough to compare to the distance he threw the loach. Some of the loaches eventually stayed unreachable and didn’t have the chance to survive.

For fish sellers, those fish let them survive. I wonder if struggling in this strange cycle among the fishers, fish sellers and releasers could seem like a job of the fish, who literally serve the three different kinds of people at one time.

I became the most unique kind by the river, nothing but an observer. Sometimes I even feel like I’m the only one who sees the river, thus for others, it’s just a fiction.

This way of watching is like when a person pauses the outside connections during a short break before departure, being isolated from all kinds of things or relations, waiting for the only ending. At a moment like this, it doesn’t matter what this man gets to see. It’s like when you are transferring at the airport and it’s 12 hours before the next flight, you will probably go to the tax-free shop, window-shop something you won’t buy, or watch the planes go up and down through the giant airport window. To watch people rushing to the boarding gate, or to take a look at the city outside of the airport, none of these things matters much. It’s nothing but pure watching. I call it “The Sense of Departure”.

The sense of departure is the feeling when you haven’t departed yet knowing you are soon off to somewhere. It’s waiting before leaving, while you arrived a day early at the hotel next to the airport, with no risk of missing the flight, occupied with nothing but to wait. A tiny sense of departure might get to you when you drive home in the evening, while you are sitting in the car and weirdly resisting going upstairs.

The ultimate sense of departure is a predictable and manageable death. When a person can manage to plan his/her death, he/she will live a life with a strong sense of departure, along with a sense of peace and calm. It helps him/her to clarify his/her goals. It’s similar to Martin Heidegger’s “Being-towards-death” theory.

I can only draw this plain description of this feeling. I wasn’t always so bad at conveying my feelings, but the more I used words, the less describable I found them. Word can be so poor and plain when I need to describe certain deep feelings without harshness, therefore I use pictures instead, as a copy of my feelings.

In the end, I decided to move by the riverside. On the tallest building by the river, through the window, I finally get to see the direction of the river.

So long, and thanks for all the fish. 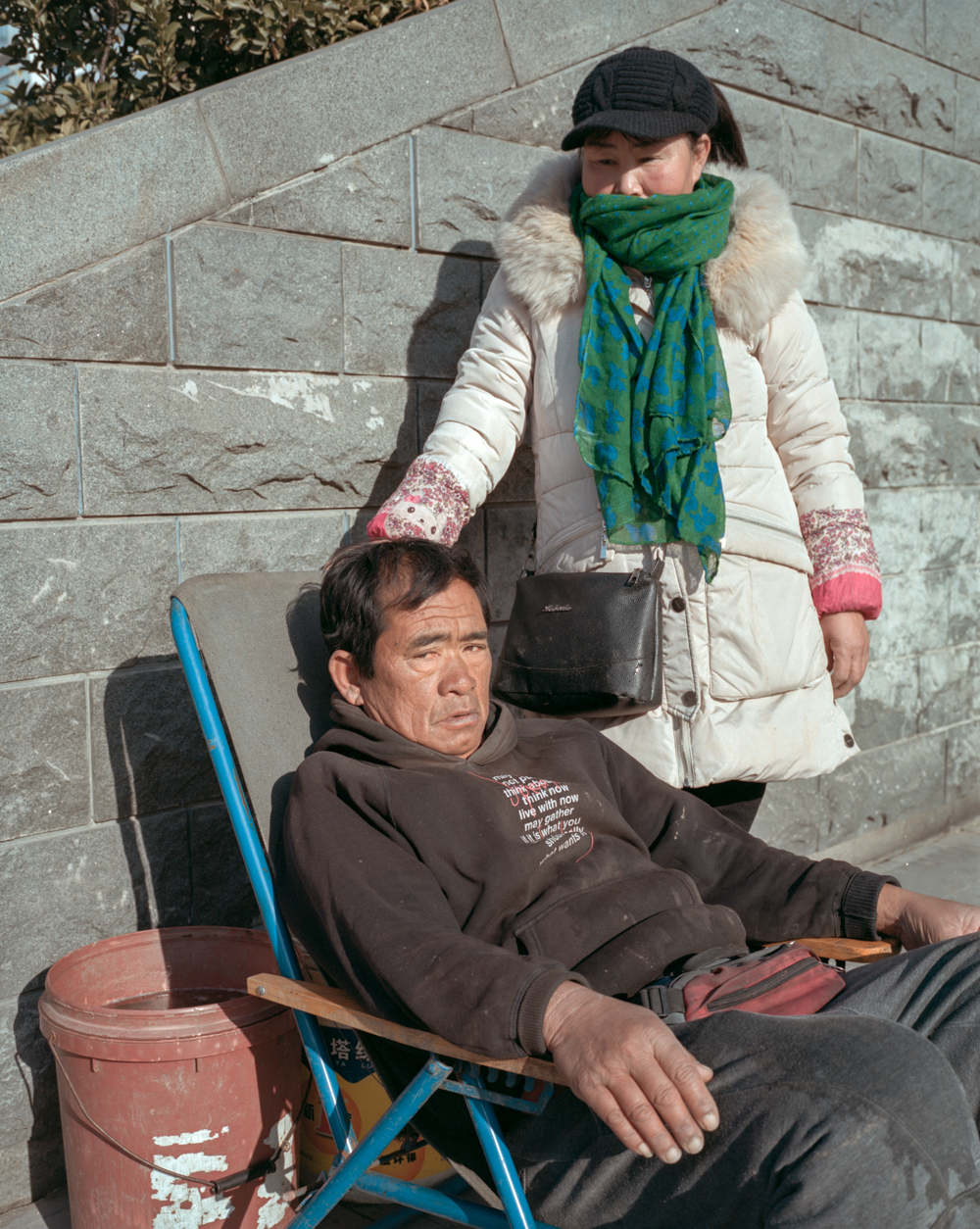 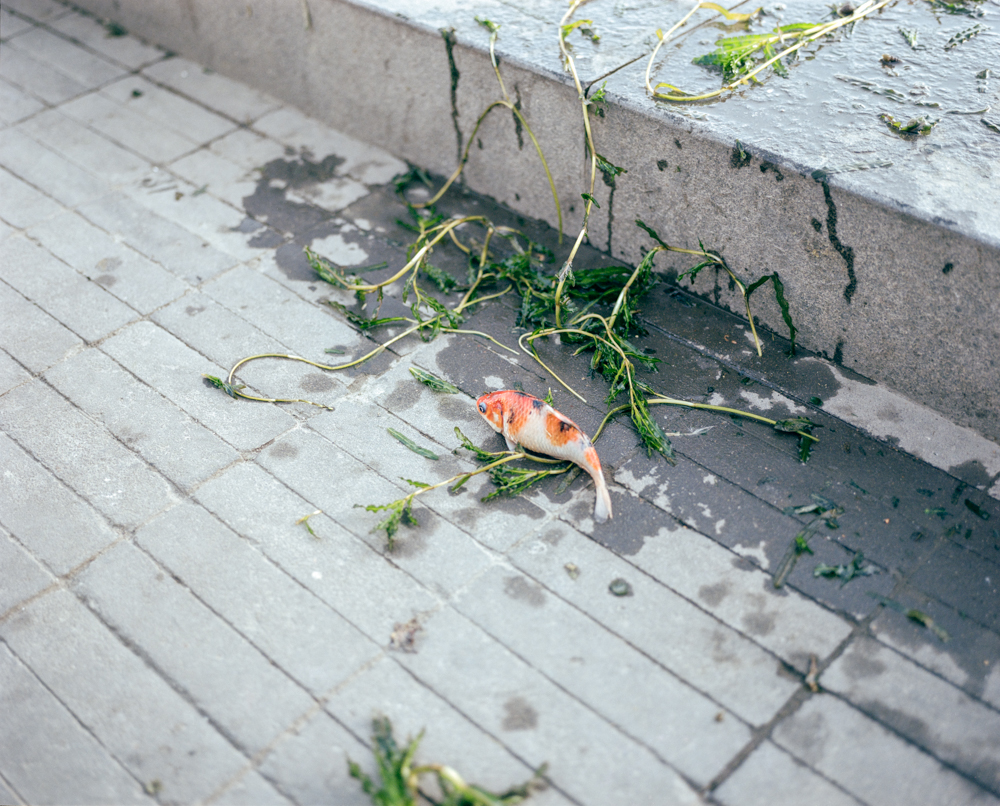 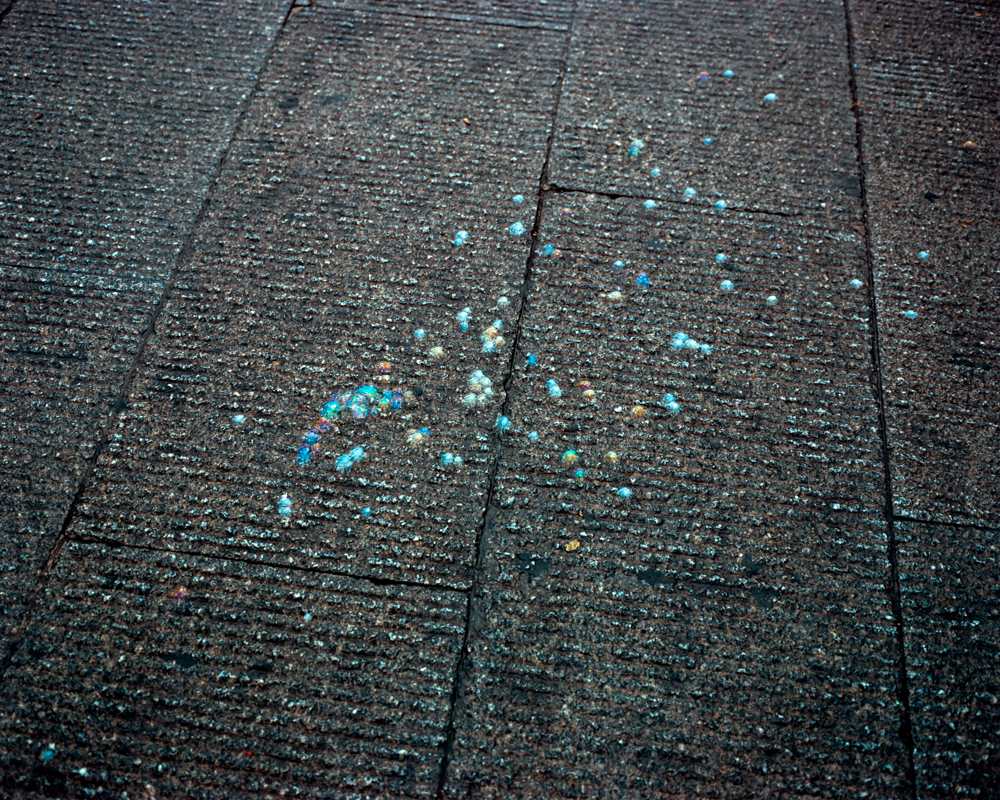 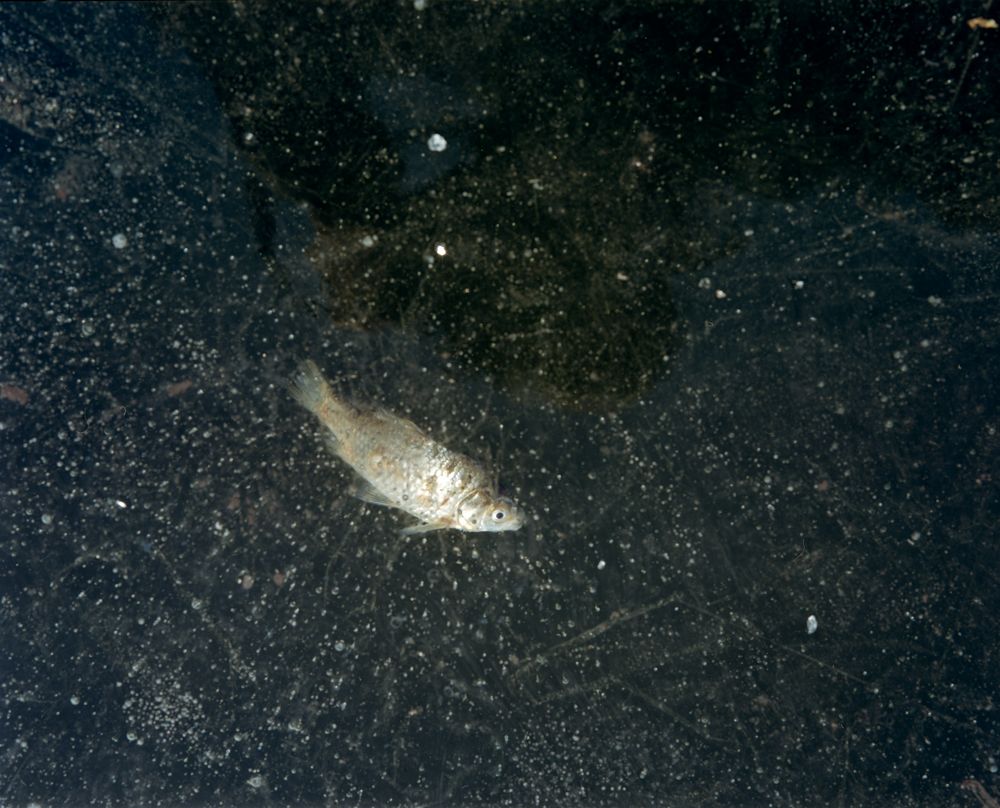 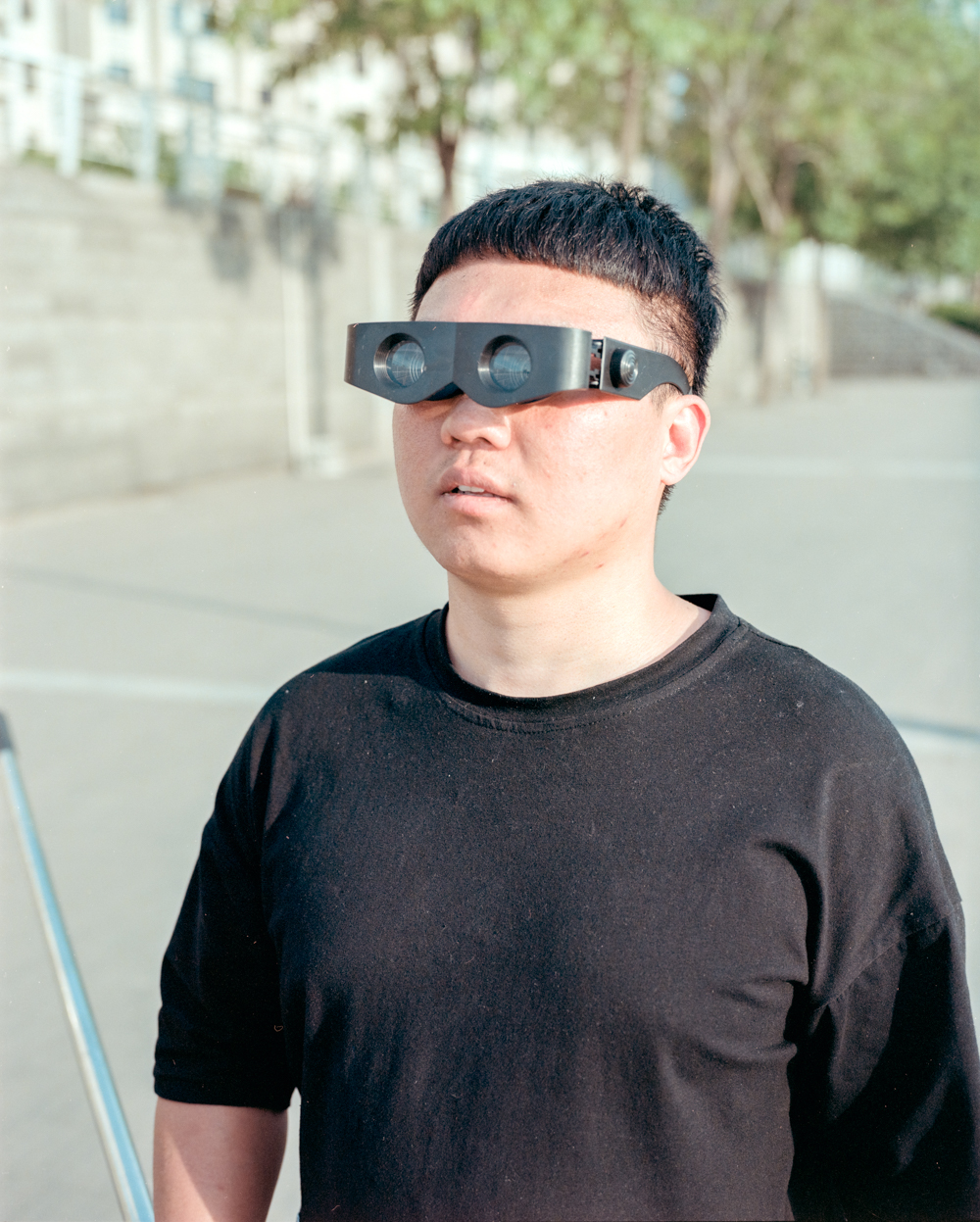 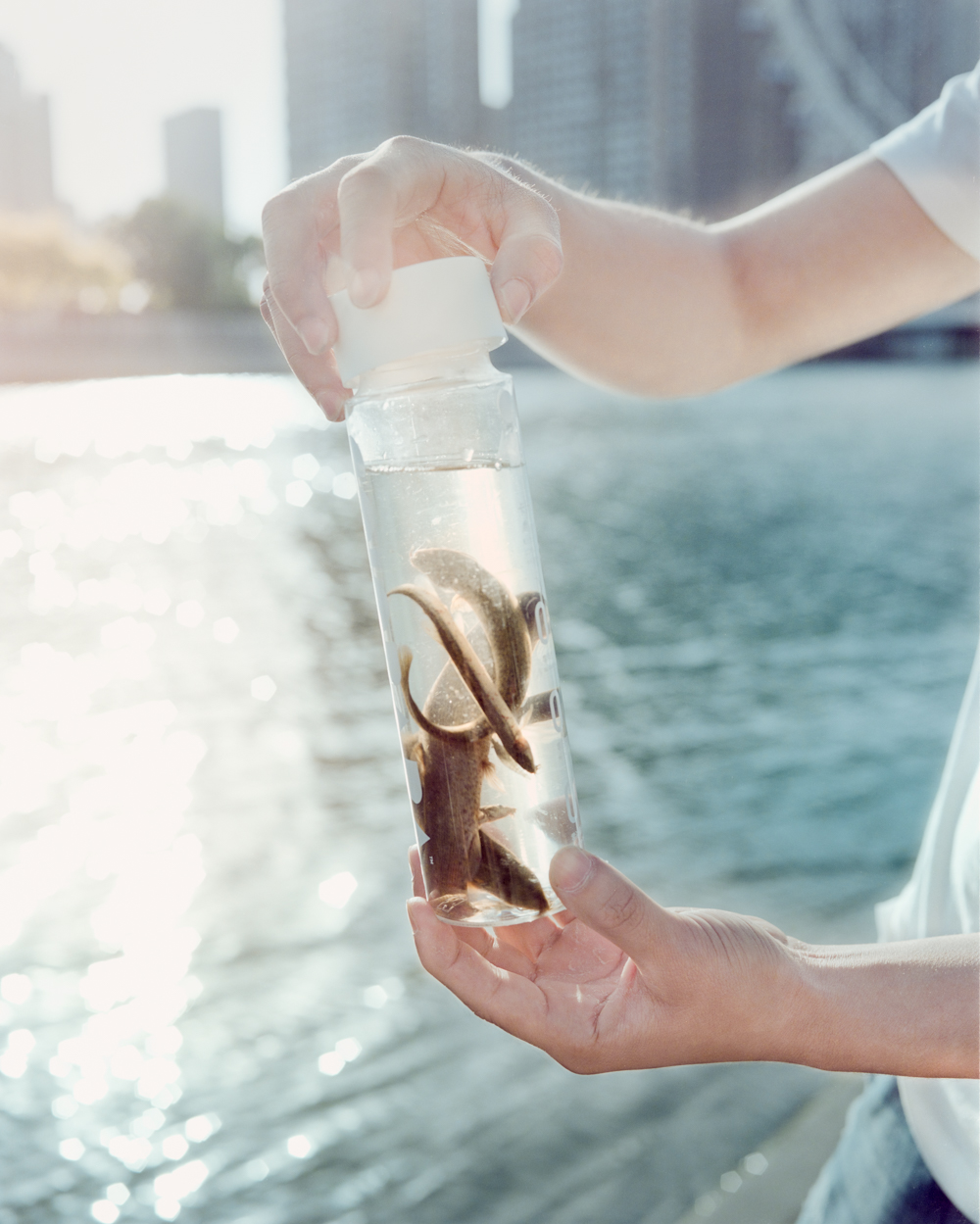 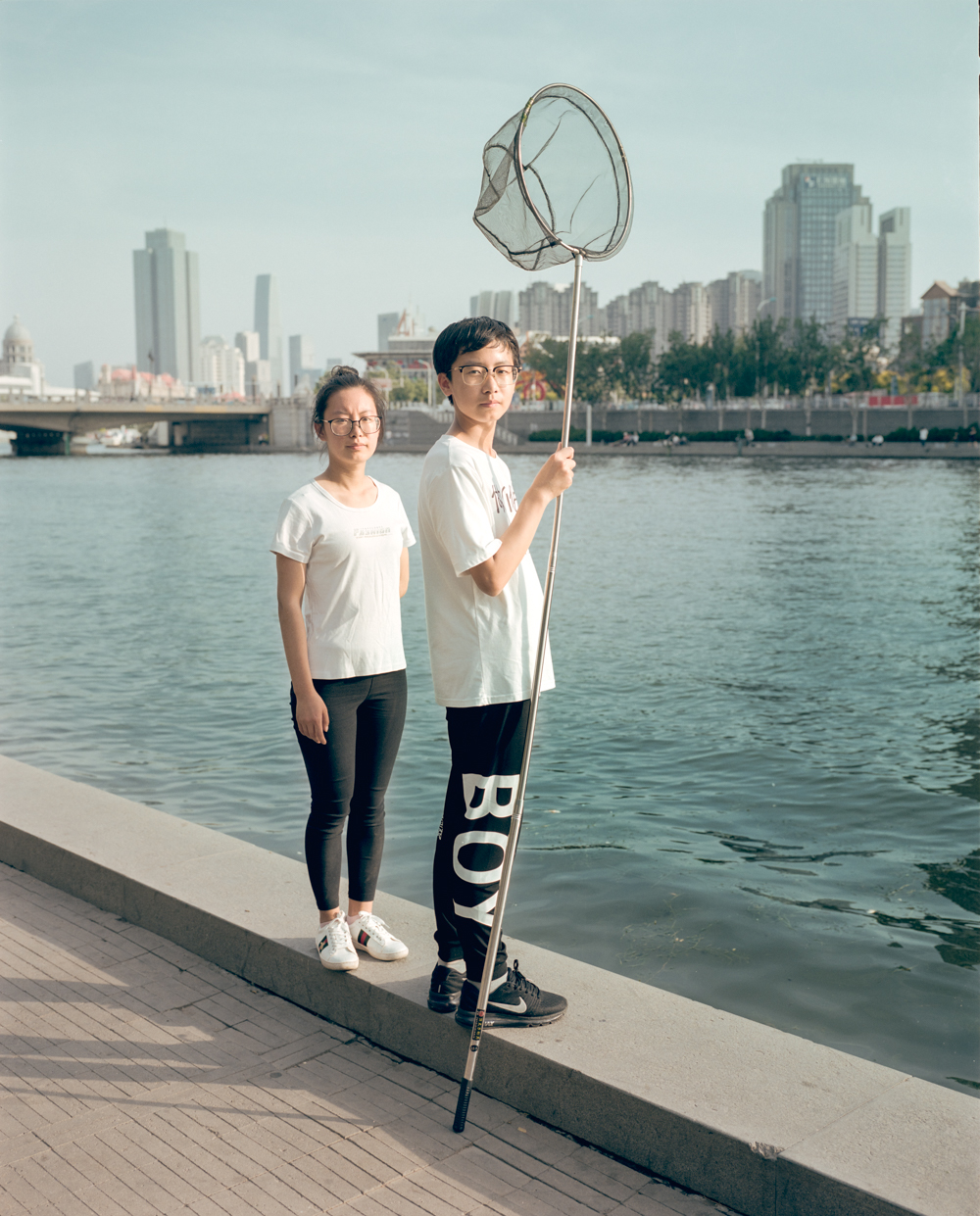 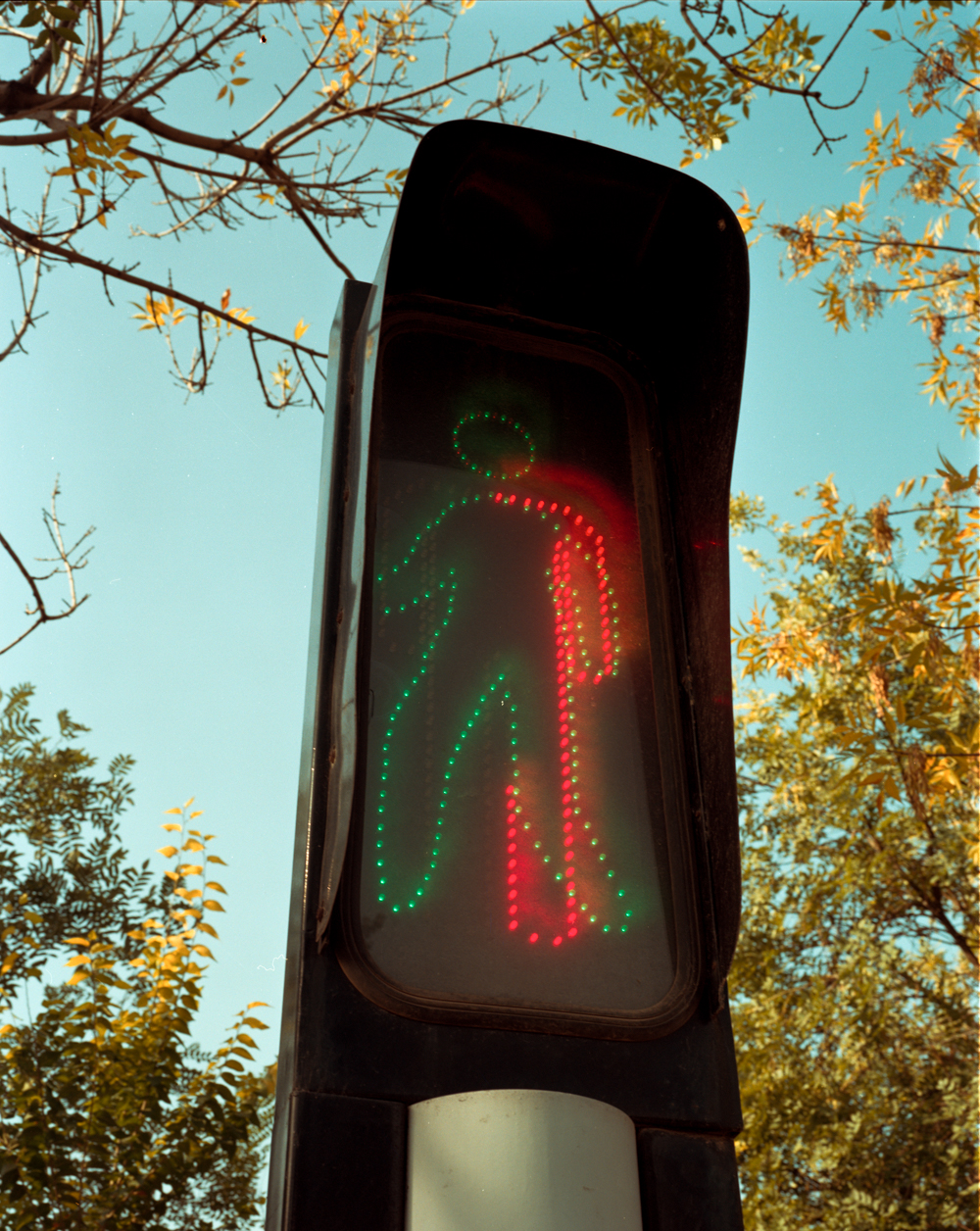 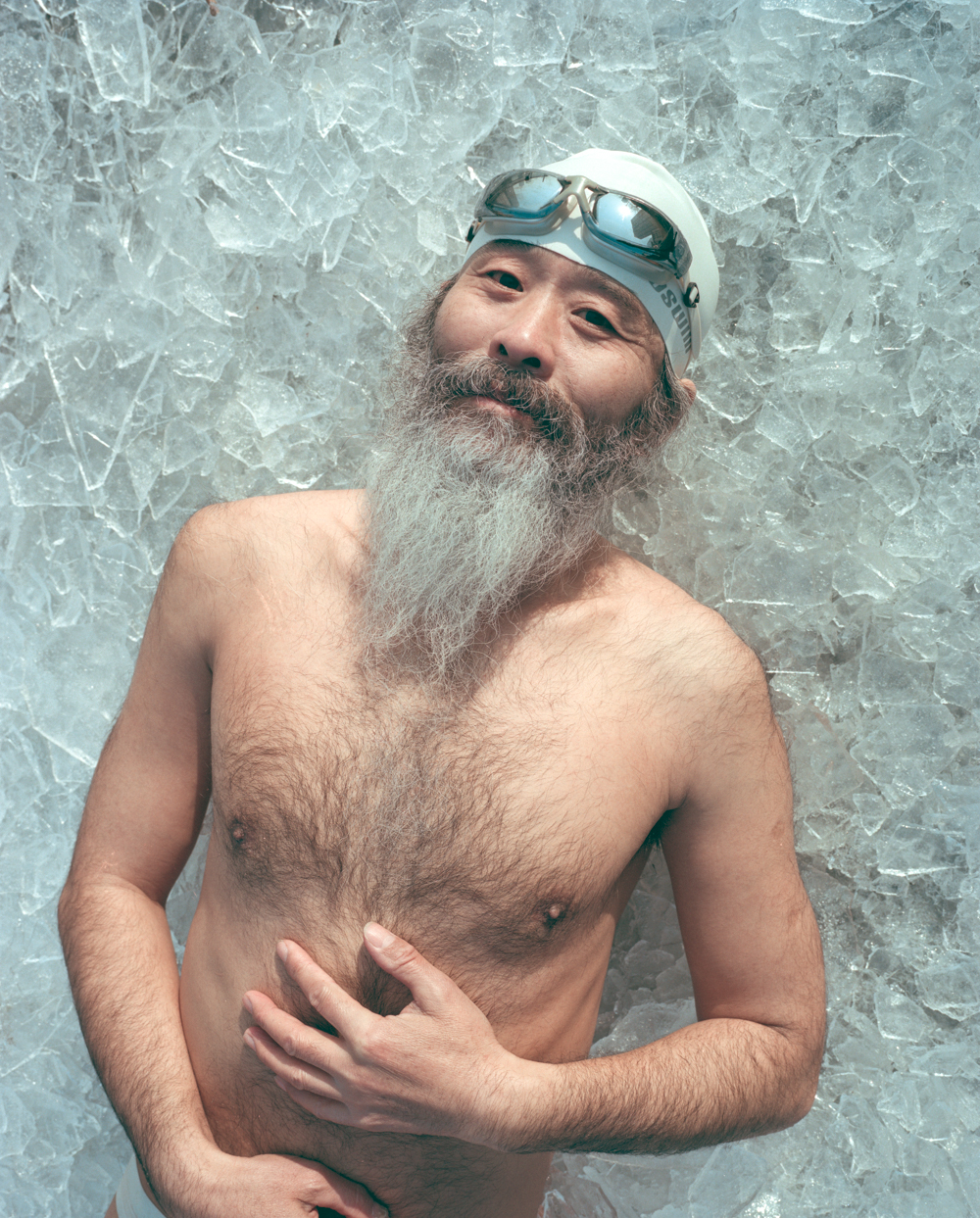 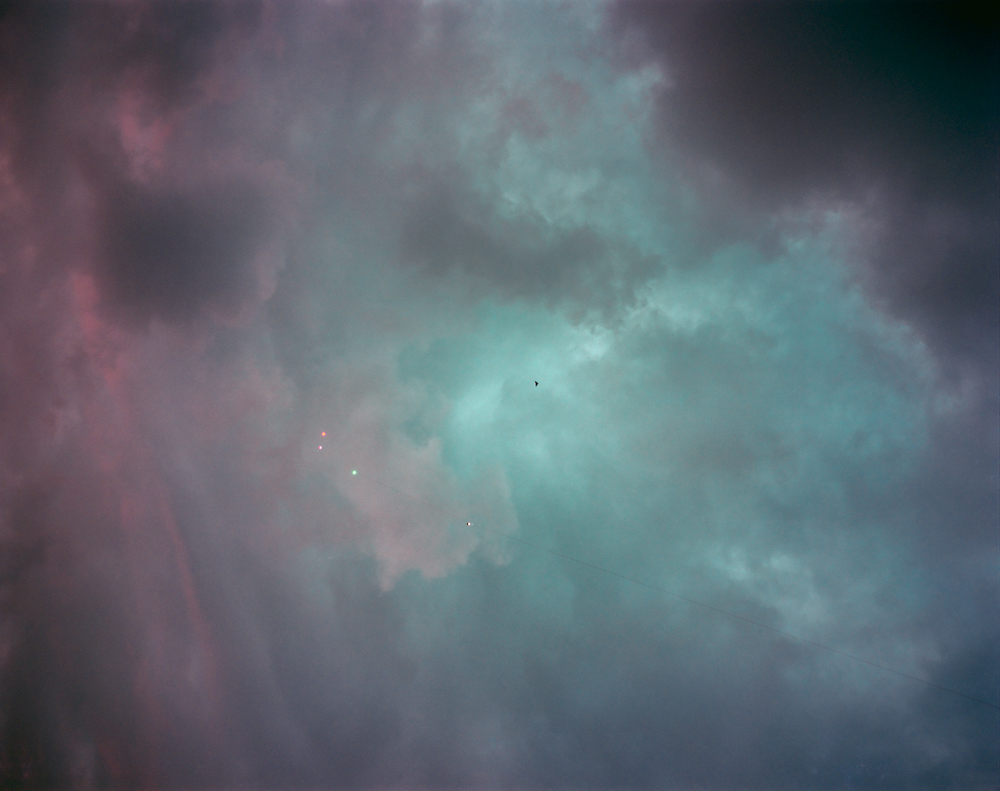 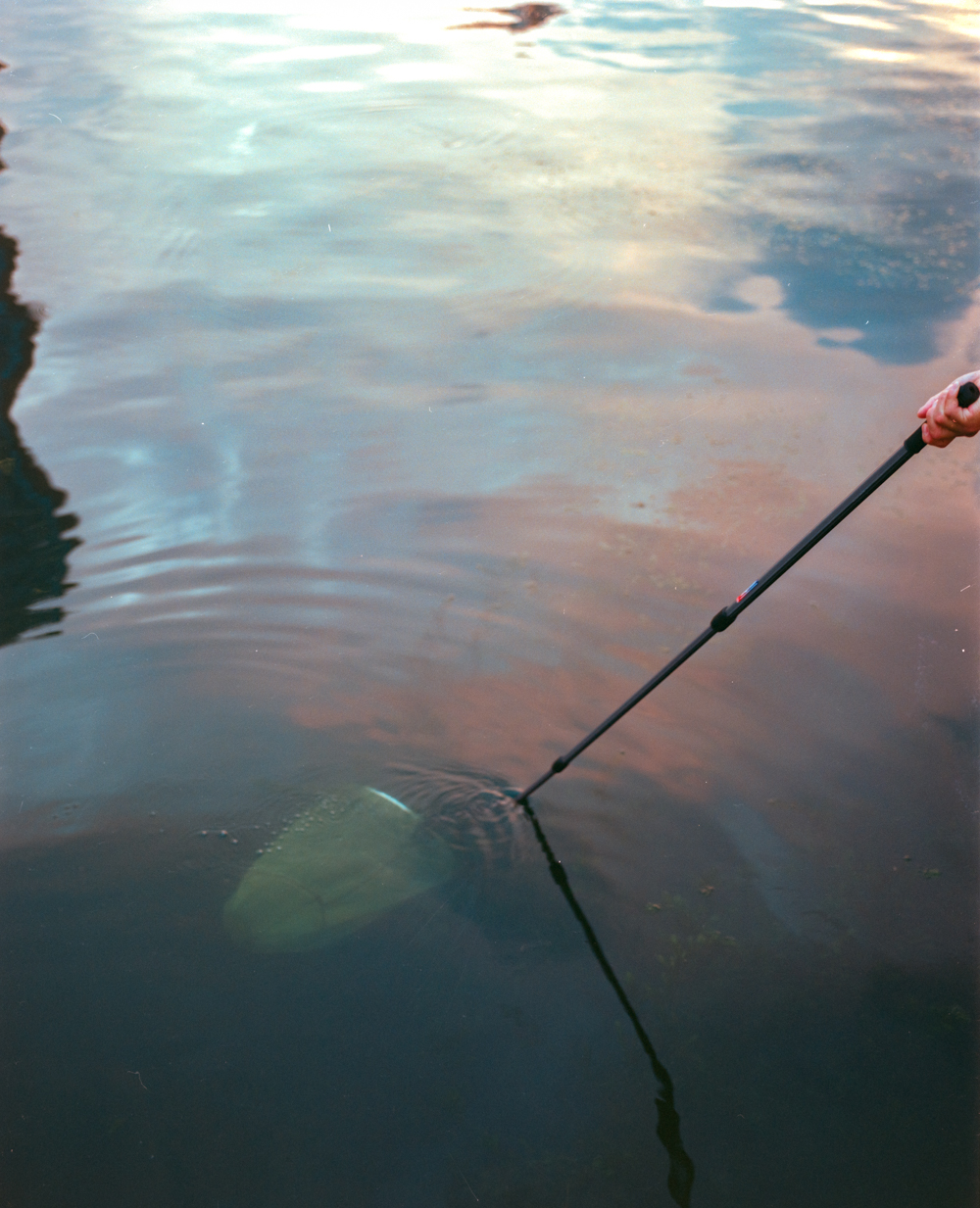 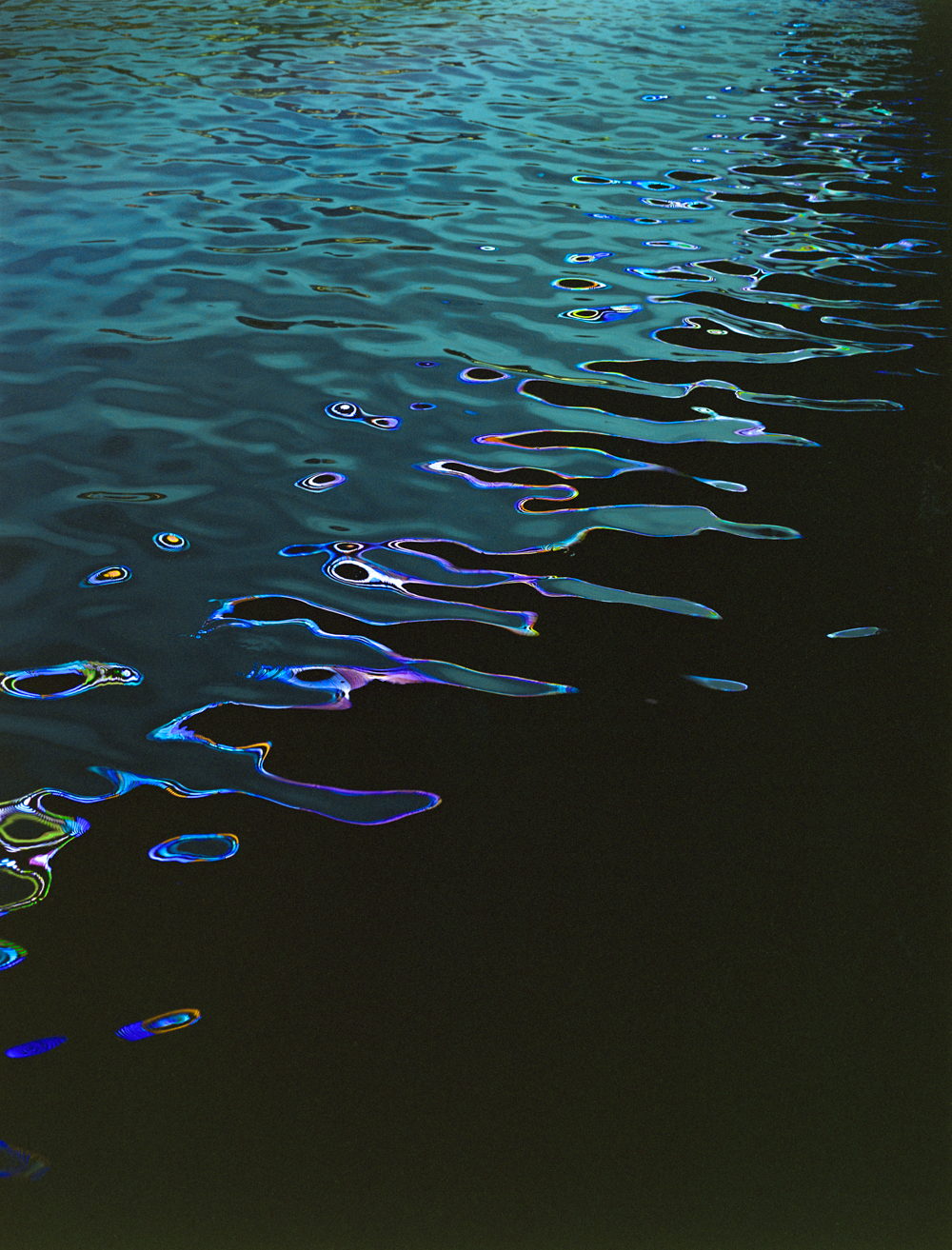